America is Not for Brown People 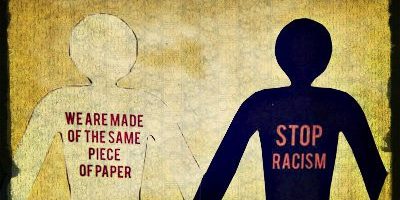 Unless your skin is brown and your last name is difficult to pronounce, then our experiences through TSA are not likely the same. Yes, I still have to remove my shoes, scan my luggage, and go through the uncomfortable full-body scan. Even after the full-body scan, I am always pulled aside to do an explosives test on my hands. It is either because I just happen to be unlucky and always selected for the “random” screening, or most likely, because I’m an Arab-American and my skin is brown.

Family heritage is something to be proud of, not something to hide. My family is multiethnic, my mother is Asian-American and my father is Arab-American. We are all American citizens. Just like you, we vote, grocery shop, see the same doctors, work 9 to 5 jobs, and have our own struggles. However, because of the color of our skin, face constant discrimination from airports to the ballot box.

In the recent Michigan primary, Arab-Americans’ and Muslim-Americans’ in Dearborn and Dearborn Heights absentee ballots went unaccounted for. This was nothing more than an act of voter discrimination. How can we claim to be a true democracy if our elected leaders are intimidating voters and trying to take away an ethnic groups’ right to vote based off skin color and appearance?

Unfortunately, residents of Dearborn and Dearborn Heights are all too familiar with racism and discrimination that has no reasonable basis. The community is ranked second on the government’s watchlist as a targeted terrorist city behind New York City, not because there have been actual acts of terror committed there, but because the majority of its residents are Arab-Americans.

Our tolerance of the fact that American citizens in Dearborn and Dearborn Heights were denied their right to vote is un-American. As the world’s leading democracy, America should have a voting system that is free, fair, and equally accessible to everyone. No true leader would seek to silence the voice of the people.

No one should go through scrutiny at the airport for an explosives test or walk into a ballot box and require an affirmation of one’s citizenship because of the color of their skin. This has to stop, but it won’t unless we all speak out together and challenge acts of racism. In the words of Dr. Martin Luther King Jr., “Never, never be afraid to do what’s right, especially if the well-being of a person…is at stake. Society’s punishments are small compared to the wounds we inflict on our soul when we look the other way.”