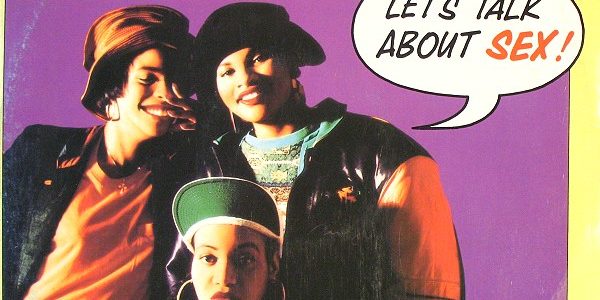 Let’s talk about the G.O.P. Let’s talk about all the good things (and the bad things). Let’s talk about Iraq. Like teaching safe sex in public schools, recognizing the Bush administration’s central role in packaging and selling the Iraq war with poorly conceived photoshop mockups would help prevent costly mistakes now – and in the future. Naturally, the GOP is adamantly opposed.

But why waste time relitigating the past? Those who do not learn from history are destined to rewrite it, as they say. Did you see John McCain (2008) or Mitt Romney (2012) doing joint campaign events with Dubya? No, you didn’t.

And for good reason, too. Among Bush’s litany of well-documented failures, the Iraq war stands apart. George Bush left office with a 22 percent approval rating, one of the lowest since pollsters started tracking such things. Which makes sense, as a majority of Americans now view the Iraq war as a mistake and 61 percent think the decision to withdraw U.S. troops in 2011 was the right call.

Yet after 11 years, trillions of dollars and 4,486 American casualties (and hundreds of thousands of Iraqi casualties), our campaign to spread “the seeds of democracy” has yielded a poor harvest and Iraqi freedom fields remain fallow.

Apparently, “the seeds of democracy” are there, they just need a little more sun and a lot more bombs water. Because now that ISIS – a group Al Qaeda publicly distanced themselves from – is surging, the Iraq War Architects have gotten the band back together for a reunion tour on all the major networks. It’s really cutting edge stuff actually, everyone beats the drum and all the original members are back – including Dick Cheney. He really made an entrance, too, with an Op-Ed in the Wall Street Journal that literally only Dick Cheney could write with a straight face. As proof, I offer the following sentence from Dick’s Op-Ed:

Rarely has a U.S. president been so wrong about so much at the expense of so many.

Dick Cheney. That name sounds familiar. Is he a good guy? Didn’t he fight vampires with Paul Wolfowitzs’ on True Blood or something? If only we could somehow look into the past and figure out whether or not we should trust the former Vice President (and former CEO of Halliburton) who famously claimed US troops would be greeted as “liberators” and that “We should expect as American citizens that this would cost at least $100 billion for a two-year involvement.”

Congressman Mike Rogers, Tim Walberg and U.S. Senate candidate Terri Lynn Land also made appearances. If you remember, Tim Walberg had this to say about the Iraq War in 2006:

Tim wholeheartedly supports President Bush in the War on Terror. He supports Secretary of Defense Rumsfeld and our troops as they finish the mission in Iraq to assure the victory of freedom over tyranny.

Not to be outdone, Congressman Mike Rogers voted in lockstep with the Bush administration on almost every single war authorization bill – including expanding the NSA program – and in 2010 called for the possible execution of WikiLeaks whistleblower Bradley Manning.

Since one of the Senate’s primary functions is helping set our foreign policy, specifically that all treaties require a two-thirds vote before they go into effect, Terri Lynn Land was rightly asked how she would handle the situation in Iraq. While calling the president “chief and commander,” Terri Lynn Land managed to reveal her complete lack of expertise on the issue, conflating ISIS with Al Qaeda. Really, Terri!?

So what should we do about Iraq? I have no idea. If you were going to take my non-existent plan into consideration, you’re probably not in a position to make those decisions anyway – which is good. I can, however, add this one tidbit of wisdom to the debate: Those who listen to Dick Cheney et al are doomed.

FUN FACT: The hit song “Let’s talk about sex” by Salt-n-Pepa was released in 1990, the same year Operation Desert Shield was launched at the beginning of the Gulf War.