Is this ergonomically correct? 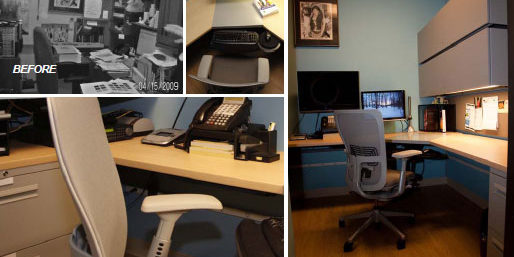 First, State Sen. Roger Kahn actually said he was “tired and wanted to go home” in the midst of marathon legislative sessions attempting to fully fund our roads. Then, one day after Michigan’s legislative leaders left for their three month paid vacation after a job not done, renovations began on the Capitol steps. Now, lawmakers are debating whether they should spend $100,000 of our tax dollars on new “ergonomically correct” chairs – even though they aren’t in Lansing.

It must be nice playing with house money, but that isn’t even the worst part:

Although the final decision has not been made, indications are the furniture contract will go to the Lansing-based company, DBI, which is owned by Governor Snyder’s cousin.

Why? According to Tim Bowlin, the House business manager, DBI’s bid came in the lowest. Certainly, the fact that DBI already has a $41 million contract with the state has nothing to do with that. Surely, that amount of money could never enable one company to underbid another who, through no fault of their own, isn’t related to Gov. Snyder.

It is a rather cozy relationship, after all. You could even call the fit “ergonomically correct.” Hell, like they say: If the chair fits.