The Land of Potholes 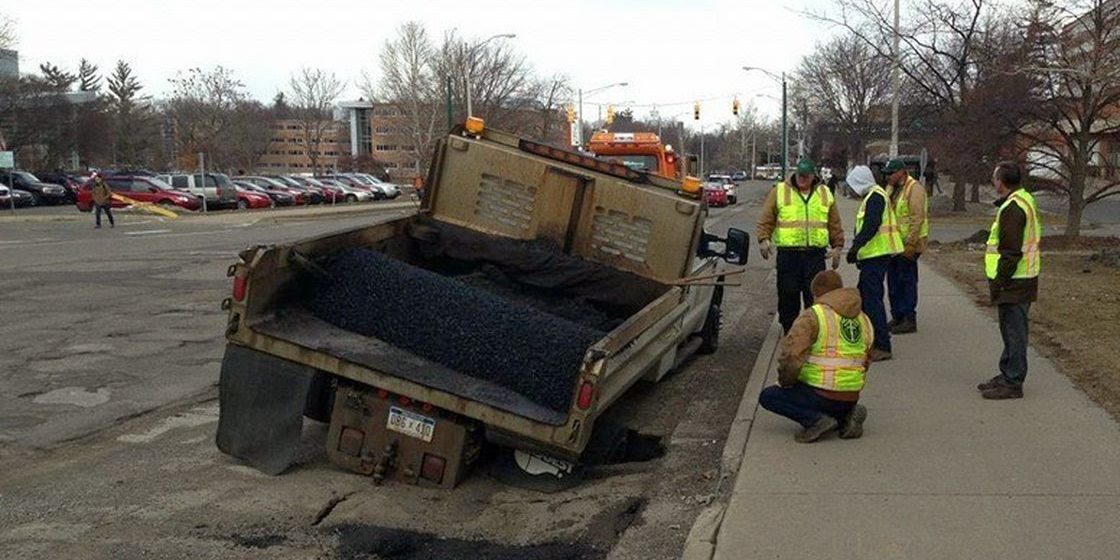 This Memorial Day weekend, as you’re hitting potholes on your drive up north, you can share the blame between the Michigan legislature and Terri Lynn Land’s years of government inefficiency for your imminent auto repair bill.

Terri Lynn Land likes to talk about the “importance of efficiency” and how she made decisions to save taxpayer dollars while Secretary of State, but Terri Lynn Land ignored calls to run her office more efficiently costing taxpayers nearly $50 million per year.

That’s right, currently, for every $10 collected by the SOS for vehicle registration, $1 is kept for administrative fees rather than going to the Michigan Transportation Department to fund our roads.  This might not seem like much, but when you consider the fact that the Michigan Department of Treasury uses 10 cents on every $10 for administrative costs, the lack of efficiency that Land displayed as an elected official calls into question her business acumen.

Bottom line, if Terri Lynn Land had made this simple change when she was first elected, the state would have spent $400 million more on roads while she was in office and a total of $600 million to date.

Sound familiar? That’s about the amount of money we currently need for road repairs.

So, if Land was unwilling to run her own state department more efficiently, how can we trust her now?

Here’s one of her recent statements about fixing the federal deficit:

“As Michigan Secretary of State, I found ways to do more with less; we were able to deliver more services, at a higher quality, and more efficiently than before. The Federal Government should do the same.”

Once again, it doesn’t seem like the facts of her time as Secretary of State square with her campaign statements.