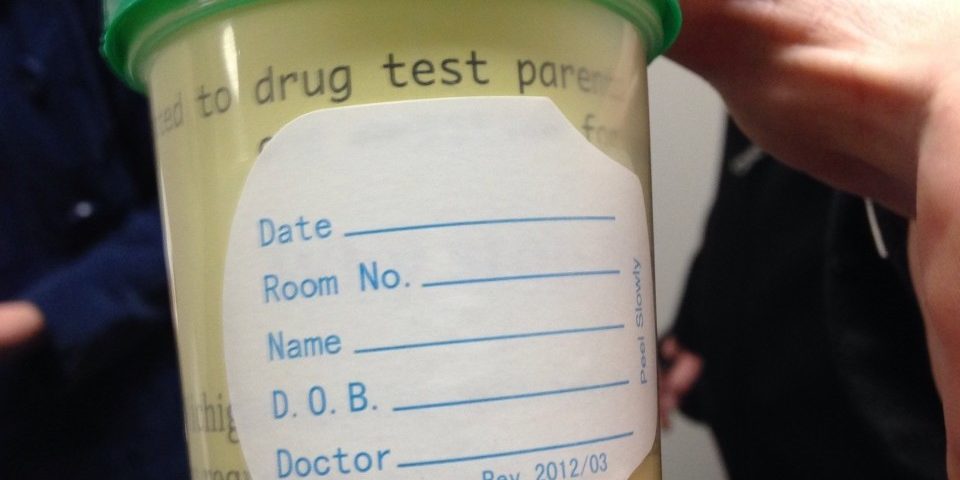 Lawmakers want to save money, and should be part of drug testing dragnet

LANSING — Today, Progress Michigan made rounds at the Capitol Building and legislative offices to hand out urine sample cups to Senators who recently voted to drug test cash assistance recipients. Progress Michigan believes if the legislature wants to drug test the most vulnerable of public money recipients, then lawmakers, corporate welfare recipients and anyone who receives taxpayer dollars should be tested.

“If this is truly an effort aimed at ensuring that public money doesn’t go to buying drugs, then there is no reason to stop with the poorest in our state,” said Lonnie Scott, executive director of Progress Michigan. “If we’re going to test poor people, we should be drug testing every lawmaker, legislative staffer and corporate welfare recipient — all of whom receive tax dollars.”

The Michigan Legislature continues to target the state’s poorest citizens as scapegoats for economic woes and supposed cost savings. However, there is hardly ever any mention of accountability for the billions of dollars that are given to big businesses in the form of tax incentives and subsidies. And there certainly has never been a serious discussion about drug testing lawmakers who create these policies — all while on the public payroll.

Drug testing cash assistance recipients in other states has been costly and has yielded very few positive drug tests:

-During a four-month period in Florida during 2011, only 2.6 percent of the state’s cash assistance applicants failed similar testing requirements

-During that same four-month period, reimbursements to citizens who were forced to test and tested negative cost Florida over $118,000 — more than would’ve been paid out in benefits to people who failed

-Over the course of three years in Arizona, when testing new assistance recipients, 87,000 people were drug tested — one person tested positive

“In light of these failures to realize any savings in other states, one has to ask the question, is the Michigan Legislature really interested in saving taxpayer dollars or is this just another attempt to shame the poor?” Scott concluded.