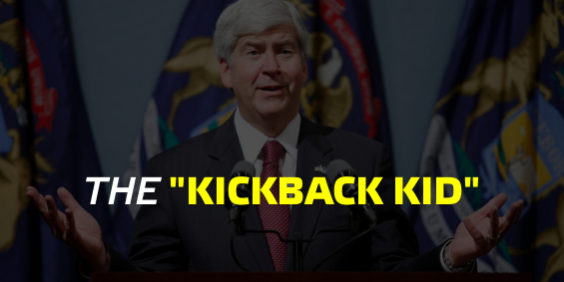 While most hard-working Michiganders were enjoying a well-deserved holiday break, Gov. Snyder signed Republican-led legislation doubling the amount individuals can contribute to campaigns. This, as it turns out, was a really good decision on their part: Republicans raised $5 for every $1 raised by Democrats. According to MIRSNews:

From. Dec. 27 to Dec. 31, Republicans received about $500,807 over the state’s previous campaign contribution limits while Democrats received about $115,019 over them, according to finance reports for 2013.

It’s almost like they knew it would happen. The DeVos family donated $720,000 to Republicans between December 27th (the day the law was signed) and December 31st  (the last day of the fiscal year) – a four day span. And while this law won’t create a single job, it will help Gov. Snyder keep his.

Poll numbers and popular support for your policies be damned, with fundraising numbers like these who really needs the support of hard-working Michiganders? A few slick ads plus one $75 made-for-campaign-literature tax cut later and Voila!; Conservatives like the “Kickback Kid” have all the ingredients they need to hoodwink Michigan voters. Don’t let that happen – power progress in Michigan by donating today.