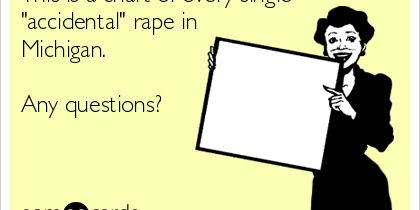 Progress Michigan’s Communications Director, Jessica Tramontana, will be appearing live on MSNBC at 2:15 to discuss the latest conservative attempt at government overreach – forcing women to purchase an extra rider for abortion insurance – and to remind viewers that rape is not an accident.

A few months ago, a reporter confronted anti-choice lobbyists on their extreme proposal to ban all health insurance plans from covering all abortions, saying “nobody plans to get raped.” They replied by comparing rape to a car accident, house fire, or house flood.

You read that right – anti-choice lobbyists compared rape to an accident.

Republican politicians and religious special interests know the public doesn’t support their radical plan to ban abortion, so their only option is a proposal that sidesteps the governor.

But it’s simply wrong for them to defend their radical proposal with offensive and inflammatory language. According to Planned Parenthood Advocates of Michigan, a majority of Michiganders disagree with this conservative-lead effort:

This proposal is out-of-step with Michigan voters. Recent polling shows that only 36 percent of registered voters support forcing women to purchase insurance coverage for abortions through separate riders. In fact, this proposal is so extreme that it was vetoed by two separate Republican governors: John Engler and Rick Snyder.

We’ll be embedding the video below when it becomes available.