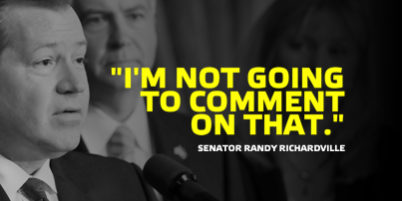 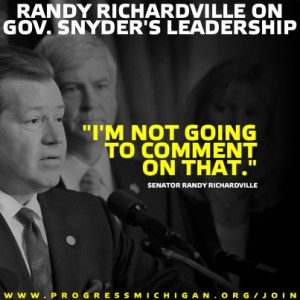 Although Medicaid expansion survived in the Senate by a thin margin, the legislation continues to be bogged down by conservative lawmakers who refuse to act. Without the two-thirds majority needed for immediate effect, Michigan cannot implement the expansion until April 2014. That means Michigan would lose out on $7 million a day in federal funding until the program starts. That’s money that now will be going to other states. The Michigan Senate needs to reconsider immediate effect and pass it immediately.

Expanding Medicaid is supported by the business community, medical professionals, faith-based groups and the majority of Michiganders. So, if conservative legislators were elected to represent the people, who exactly are they representing by slowing down the implementation of Medicaid expansion? For the 18 senators who voted against the bill and immediate effect, there was only one voice they were listening to: the far-right radicals of the Tea Party and Americans for Prosperity.

Medicaid expansion has been Gov. Rick Snyder’s pet project all summer long. The fact that it took two votes, an eight-hour session, and a lot of arm twisting after a full year of discussion about the issue to get a scant minority of GOP senators to vote for Medicaid expansion demonstrates a worrying lack of leadership from One Weak Geek. Even Senate Majority Leader Randy Richardville had “no comment” when asked about Snyder’s leadership in the process. If your own party is ignoring you, what kind of leader does that make you?