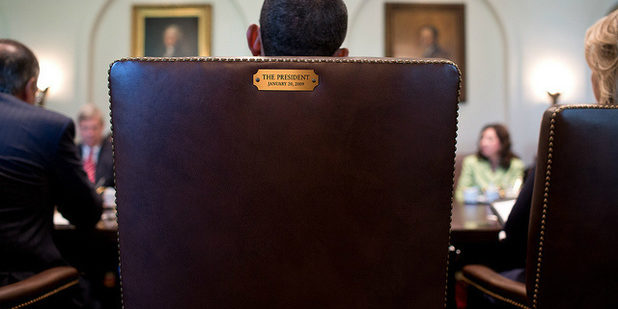 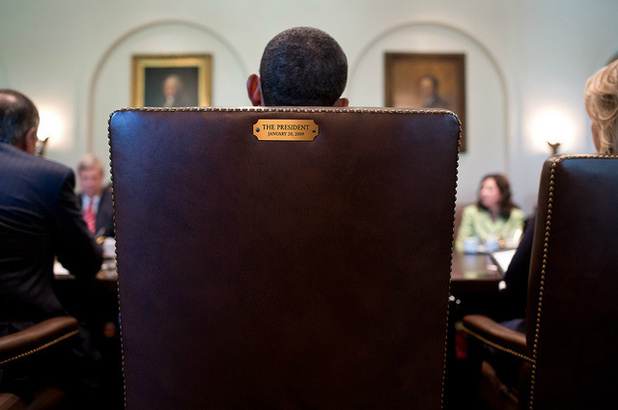 Impeaching President Obama for the crime of “Presidenting While A Democrat” has been on the lips of conservatives since early in his first term, for everything from not defending the federal ban on marriage equality in court to just existing. But it’s reached a fever pitch in recent days, as some members of the right-wing media have suggested the President purposefully allowed American diplomats to die in Benghazi, Libya to help him get reelected, and personally intervened to make life difficult for the Ottawa County Patriots because of the serious threat they presented to his agenda (or something).

Where to begin? We’ll start with Benghazi, which will no doubt fade in the rear-view mirror after last week’s much-vaunted hearing, after which Darrell Issa acknowledged he had learned nothing new. Over the weekend, former Defense Secretary Robert Gates, initially appointed by President Bush, called the supposed potential military response described by one diplomat a “cartoonish impression of military capabilities.” The whole thing collapsed on itself when Rep. Issa, followed by Fox News, began complaining that President Obama calling the attack an “act of terror” wasn’t the same as calling it a “terrorist attack.”

Allegations of a politically-motivated coverup, beyond their reliance on a disjointed, misquoted narrative, simply don’t make any sense. If President Obama had really been looking for maximum political gain, he could’ve said to hell with facts and proclaimed that we were under attack by al Qaeda, counting on a rally-round-the-flag effect.

The IRS fiasco, while evidence of incompetence at an understaffed, overwhelmed department, certainly doesn’t point to a broader political scandal. Allegations of “Nixonian” behavior are laughable, considering no one has produced evidence, credible or otherwise, that anyone outside the IRS was even aware of the issues, let alone orchestrating them. No surprise then, that subsequent reporting has discovered liberal groups that faced identical scrutiny to the Tea Party whiners. In fact, the only group that actually had its tax-exempt status revoked was a liberal women’s group called Emerge America.

No, this was a story of incompetence – but not just at the IRS. It’s become clear this week that of the thousands who were motivated to activism by the Tea Party movement, very few of them had any idea what they were doing. For one thing, incorporating as a nonprofit was unnecessary for many of these groups. But for those who wanted to be a nonprofit, IRS rules don’t actually require them to apply for that status. They could have simply turned in their 990 forms at the end of every year. But because of the bad advice they were getting from other conservatives, these groups were filling out voluntary applications, causing IRS staff to become overwhelmed. If this was politically-motivated intimidation, it was certainly an odd way to go about it.

I have no doubts that conservatives will work hard to gin up more outrage this summer, over this and other scandals. But a little caution is in order before accusing the president of personal involvement in every incident – and before tossing around terms like “Nixonian,” the accusers should remember the things that Nixon actually did.