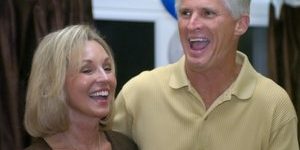 While the continuing controversy over Dave Agema’s hateful Facebook repost could have been an opportunity for the GOP to make their tent a little bit bigger, they haven’t seized it.

And while a few moderate Republicans have called on Dave Agema to step down, elected officials and party leaders like Gov. Snyder, Speaker Bolger, and Senate Majority Leader Randy Richardville have refused to get involved, with Snyder saying he didn’t want to “get in the middle of all that.” In a meeting with the Detroit Free Press editorial board, Speaker Bolger claimed to “completely oppose” Agema’s comments, but refused to call on him to resign. Sen. Richardville took it a half-step further, saying that Dave Agema’s comments don’t speak for himself or the Republican caucus, all while refusing to call on him to resign:

“I don’t agree with his comments, but he’s not speaking on behalf of me or the caucus or, I don’t think, most Republicans in general,” Richardville said.

Except Dave Agema does speak on behalf of the Republican Party. In fact, this weekend the Republican National Committee – the organization Dave Agema was elected to represent Michigan in – overwhelmingly voted for a resolution sponsored by Agema that doubles down on opposing marriage equality, saying without a shred of evidence that:

“… support for marriage as the union of one man and one woman, and as the optimum environment in which to raise healthy children for the future of America… The Republican National Committee implores the U.S. Supreme Court to uphold the sanctity of marriage in its rulings on California’s Proposition 8 and the Federal Defense of Marriage Act,”

Dave Agema, his bigoted views having just been vindicated by the Republican party, twisted the proverbial knife in the few moderate Republicans who have declared their opposition to him:

“I hope that we can all now move forward and talk about other issues now that we have reconfirmed that our party supports traditional marriage. We have won the battle, and I will have nothing more to say on this matter.”

Republicans say they’ve been going through a rebranding. They understand that their bigoted beliefs come with a heavy price at the ballot box, and have been trying to smooth over their rough edges. Unfortunately, they’ve had Dave Agema to contend with, and he refuses to back down.

Republicans have tried every excuse, but they’ve just run out. The Republican National Committee has now given their stamp of approval to Agema’s bigotry this weekend.

So Sen. Richardville, Speaker Bolger and Gov. Snyder, now that Republicans have voted to endorse Dave Agema’s beliefs, will you call on him to resign?