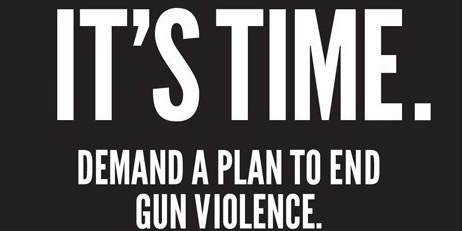 Senate Bill 63, the “Michigan Firearms Freedom Act” passed the Senate Judiciary Committee last Wednesday. The bill would prohibit federal regulation of firearms manufactured and kept in the state of Michigan. It was sponsored by Sen. Phil Pavlov and 12 other Republican senators.

In his testimony, Sen. Pavlov pointed to the 9th and 10th Amendments of the US Constitution, stating that these reserve rights to the states. While this is true, he seemingly forgot that Article 6, Section 2 of the Constitution says that federal law is the law of the land. In other words, if there are conflicting interests between state and federal government, federal government always trumps the state in interest, because the power of the federal government comes from the people. The truth is that lawmakers are taking orders from extremist gun groups and websites. Those in favor of the bill claim that it would bring jobs to Michigan, but this is a canard masking the real reason for it: lining the pockets of Washington gun lobbyists.

The bill in question is nothing more than a knee-jerk reaction to President Obama’s 23-step plan for stronger gun and safety laws. These laws are meant to hinder tragedies like the one that took place in Newtown last month. On average, thirty three Americans are killed by guns every day. This is simply unacceptable. Making our country safer by requiring every gun buyer to pass a criminal background check – which is supported by 82 percent of the public and 74 percent of NRA members – is just common sense.

Since the Federal Assault Weapons ban was lifted in 2005, the number of shootings per year has doubled, and the number of victims per year has nearly tripled according to the Princeton Election Consortium. The fact is, safer and smarter regulations on gun ownership helps to prevent gun violence. According to a study done by The Atlantic in 2011, states that have stronger gun laws have significantly lower firearm deaths. Sen. Pavlov ignores these stats, because he’s more interested in weakening gun laws than in protecting the rights of gun victims to life, liberty, and the pursuit of happiness.

The truth is, the plans set forth by President Obama will go a long way in helping prevent gun violence.  Common sense says it and the statistics prove it.  What Sen. Pavlov and other Republican politicians are trying to do is not only unconstitutional, it erodes the rights of all victims of gun violence.