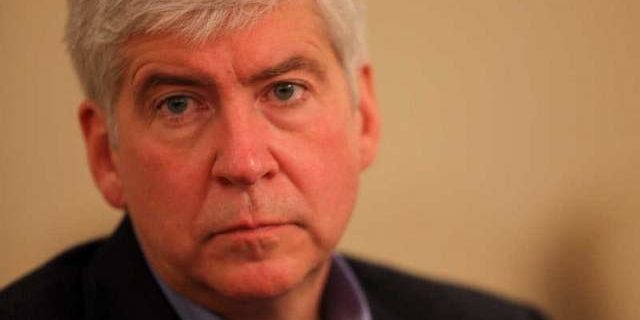 Although Gov. Snyder rode into office on a wave of good feelings, Michiganders are still waiting for him to bring an inclusive approach to governing. He celebrated the first day of school Tuesday by signing a bill making major changes to teachers’ retirement funds. This bill came out of a process which was short on input from actual teachers and long on unfounded attacks on “union bosses.” He announced at the same press conference that he would be fighting a recent Court of Appeals decision, which found that a mandated 3 percent pay deduction from K-12 school employees was unconstitutional.

Yesterday afternoon, a story broke about a new effort from the Governor’s office called “Bureaucracy Busters,” looking to accept ideas from state employees “to help improve efficiency, customer service and their workplaces.”

This all sounds great – unfortunately it has no relationship to reality. The new effort comes 20 months into a term that has been marked by proclamations of a willingness to work with stakeholders across Michigan, no matter their partisan affiliation, but he has repeatedly broken that promise.

Back in April on the capitol news show “Off the Record,” legislative leaders said Democrats had only been invited to meet with Gov. Snyder twice. Watch:

And when a coalition of state employee unions brought forward a report on “New Solutions” [PDF] that were based on successful business principles to make government more efficient, Gov. Snyder paid lip service to the reforms repeatedly – and that was all.

Rick Snyder ran on a promise that he would “restore ethics, accountability and transparency to state and local government.” He said we needed “a new approach to governing that is not politically motivated, but solution oriented.” He may have been right about that – but Rick Snyder isn’t the solution to these problems, he’s just another Lansing politician.