Foul on the Truth Squad 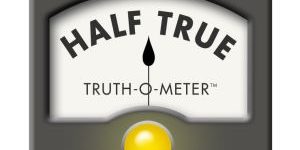 The Michigan Truth Squad is a website that claims to “blow the whistle on false and misleading Michigan political speech.” The site labels ads on a sliding and subjective scale, from “flagrant foul,” to “technical foul” to “regular foul” to “warning” to “no foul.”

The Truth Squad is a project of the Center for Michigan, which also runs the news and analysis site Bridge Michigan. Bridge Michigan is supported by a long list of deep pockets – look in the lower-right corner under “investors” and you’ll see many big corporations: Amway, Consumers, DTE, AT&T, Meijer and more.

The Truth Squad is supported by many of the same corporate special interests that have spent big money to defeat several of this year’s ballot proposals.

So, let’s get this straight. Big corporations are funding this fact checking website, and their analysis is then published on news sites like MLive and Michigan Radio as an “independent” resource.

This doesn’t exactly pass the smell test. The Truth Squad’s foul calls often seem subjective and contrived. Admittedly, there are often fouls called on both sides of many issues. However, the choices of what statements are labeled “foul” are inconsistent at best.

Since August, the Michigan Democratic Party has received three “fouls” for two ads and a website. Meanwhile, the Michigan Republican Party has released three videos in the last week alone, and the Truth Squad has yet to weigh in on any of them.

Similarly, a recent ad supporting Proposal 2 was slapped with a “foul” for “saying it ‘doesn’t put a single worker into a union that isn’t already in one. It doesn’t require anyone to pay dues.’” This statement is completely true, but the Truth Squad called it a “distortion.”

A recent ad from opponents of Prop. 2 made the ridiculous claim that it would “strip away protections that keep our kids safe from sexual predators and other criminals in the classroom.” The Truth Squad called a foul because the claim “veers into hyperbolic claims.”

Making a true statement about how unions collect dues is not the same as claiming the proposal would allow sexual predators into Michigan classrooms.

At best, the Truth Squad is sloppy and inconsistent in their calls. At worst, a case could be made that it is a tool of corporate special interests who actively support Lansing Republicans and oppose progressive ballot proposals.

Either way, news sites like MLive and Michigan Radio should think twice before publishing the Truth Squad’s questionable “analysis.”

You can read the response from the Center for Michigan here.

MLive.com has responded here.
A couple quick points.
1. Unlike the Center for Michigan, we wear our ideology on our sleeve. Also, we don’t claim to be an unbiased “fact check” service. Progress Michigan is funded by grassroots activists, labor, progressive, and community organizations. We comply with all IRS and campaign finance disclosure laws.
2. If the Truth Squad doesn’t have a problem disclosing their donors, why aren’t they listed on the Michigan Truth Squad website or in their “calls”? Oh, and by the way, the Truth Squad is a project of the Center for Michigan, whose board of directors includes DTE Energy Senior Vice President Paul Hillegonds. Guess they forgot to mention that too.
Bottom line: Progress Michigan is committed to blowing the whistle on false and misleading political speech, especially when it comes from corporate-backed websites like the Michigan “Truth” Squad.
Share this post
Share on FacebookShare on Facebook TweetShare on Twitter Share on LinkedInShare on LinkedIn