College Students: Raise Your Voice at the Ballot Box 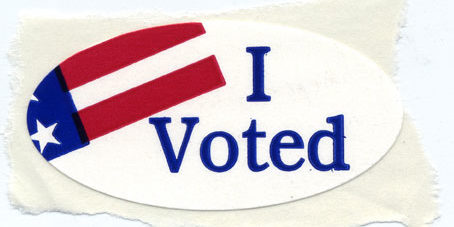 The following is a guest blog, written by Ann Finkel. Ann is interning at Progress Michigan this summer.

Election season is upon us! It’s a time when every citizen over the age of 18 – not just those with political clout, lots of money, years of experience in the political scene – have the opportunity to have an equal say in the formation of our laws and selection of our leaders. One demographic in particular, however, does not live up to its potential: college-age students. As a college student myself, election season is an exciting time and I hope many fellow students will share my enthusiasm for making our voices heard loud and clear.

Perhaps the traditionally small college turnout is precisely because the political scene is often seen as an arena for those who do have political clout, lots of money, and years of experience. Young voters should realize, however, that we bring a fresh perspective, as well as power in numbers – 46 million citizens ages 18-29 are eligible to vote. Younger citizens are often ahead of the curve in national trends; gay marriage, for example. The overall percent of voters who support gay marriage has risen drastically: 28 percent in 2004, 38 percent in  2012. Meanwhile, 53 percent of younger voters support gay marriage, while only 24 percent of those older than 45 do. This is an example of a debate that young voters have been exposed to growing up, and they are therefore more likely to accept same-sex marriage.

College students tend to be more active voters than those in the same age bracket who have no college experience. A higher percentage of college students are registered, are more likely to vote at a younger age, and are much more likely to know the issues on the ballot than non-students. This is not to say that non-college youth should be ignored – they too deserve an equal voice of course – but only that getting college students to the polls is an especially important task.

Being informed about how to vote, taking classes that address democratic processes, and being exposed to discussion of political issues at home all make students more likely to vote. It was a victory for voting-rights advocates in Michigan when Governor Snyder vetoed three bills that would have made voting much more difficult for many voters, especially youth. Clarity of absentee voting rules is critical, as many college students are out of town on Election Day. Promoting absentee voting would go a long way toward keeping those out-of-town students involved and active in Michigan politics and elections.

The good news is that voter turnout is on the rise among young people. In the 2008 presidential election, youth turnout rose 2 points to 51%. Many young people were particularly excited to vote in the historic 2008 election, and this enthusiasm must not fade away in 2012. Every college-age citizen should take advantage of the opportunity to make his/her voice heard this year. As I vote today for the first time, I hope to see many fellow college-students doing the same, and I look forward to proudly sporting my “I voted!” sticker for the rest of the day.