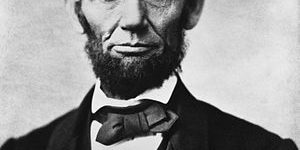 As I watched Rick Snyder take the oath of office today, bracketed by two Michigan mayors, I reminded myself that among Republicans running for governor, he was clearly the best choice.   So I will take direction from our new Governor and start the year by climbing on board the peace train.

There’s much to applaud in the poetry of Rick Snyder’s post-election politics, and his bipartisan political cadence was on full display today at the State Capitol. The speech, mostly, was a call for unity.  No real rhetorical flourishes but a nice quote from Abe Lincoln to “think anew” and a healthy dose of kumbaya.   A little Honest Abe and Republican sweetness and nice–calls for putting party loyalty and geography aside for the greater good–is refreshing, even if it’s somewhat predictably all sunshine and smiles on Inauguration Day.

Having Detroit Mayor Dave Bing–a Democrat–serve as Master of Ceremonies and Grand Rapids Mayor George Heartwell do the praying were important gestures.   The Snyder administration has also reached out to some progressive friends of mine with phone calls and meetings to come.

This is all to the good and it would stretch the mind to imagine a Governor Mike Cox doing anything remotely similar.

But starting Monday the symbolism and political poetry start giving way to the prose of governing.  We will begin finding out what Governor Snyder really meant when he said today that he’d been “hired to move us all forward together” but then later indicated he didn’t’ really mean all us–or at least not right away–by warning that some will “have to take a step backwards”.

Do not expect sacrifice in the Snyder era to include those who have the most–the wealthy CEOs whose hired hands hold senior positions in his administration.  This will be the most corporate-run executive government in modern Michigan history. Mr. Snyder can be expected to bathe his fellow CEOs in tax cuts and other benefits that will be sold as innovation and reinvention.

We know, pretty much, who the obvious winners will be in a Snyder administration.

What of the rest of us? Who will be taking that backwards step?

Likely it will include anyone who happens to have health benefits, a pension and works for the government.  After all, someone is going to have to pay for the corporate tax cuts CEO Snyder has promised his friends.  But given the size of the  corporate tax cuts and the looming $1.8 billion state budget deficit, the lineup of losers under Mr. Snyder is almost certain to be a longer one.  Schools?  Public health?  Safety?  The Great Lakes?

And how taking money away from workers, or laying them off, will help improve Michigan’s economy and grow more jobs seems more imagination than innovation.  For the answers to all of this we’ll to wait to see what Mr. Snyder has in store for us. Perhaps as soon as Monday when he could begin to issue directives.

For today, I’ll just be thankful that it was Rick Snyder standing up there with his hand on the Bible instead of Pete Hoekstra or Mike Cox.  That’s at least worth a day’s ride on the Snyder bandwagon.  What will tomorrow bring?  Snyder, like Lincoln, may succeed in holding us together. But does he think it will take a civil war?