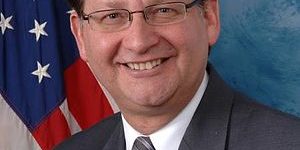 Those shadowy, right-wing front groups who have spent $80 million to buy a Republican takeover of Congress are now flooding hundreds of thousands of dollars into three Michigan races for seats held by Democrats.

al District.  GOP groups expect to spend over a $1 million in support of Schauer’s challenger, Tim Walberg, who voters ousted two years ago.  Walberg’s connection to Big Oil was featured in a video Progress Michigan produced.

Up until now, Gary Peters has been relatively untouched by outside money.  But word this morning is that Grover Norquest’s right-wing, anti-government group, Americans for Tax Reform, has just made a $225,

000 TV ad buy in Peters’ 9th Congressional District where he is being challenged by Rocky Raczkowski.

Both the Peters and Schauer races are competitive, but East Lansing native and polling aggregator Nate Silver rates Schauer’s race as a tossup while giving Peters the edge in his contest against the beleaguered Raczkowski.

The Supreme Court cleared the way for unlimited spending by
corporations, unions and other interest groups on election ads in its 5
to 4 decision this year in Citizens United v. Federal Election Commission.    Republican groups are outspending Democratic ones by a 7-to-1 margin.  More than $80 million in being spent by outside groups compared to $16 million in 2006.