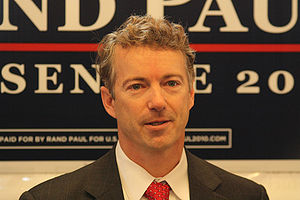 Lately, my five year old has been trying out a new approach to getting what she wants.

When her father or I nix one of her requests – say, for ice cream at 9 am – she will sometimes devolve into a tantrum riddled ball of (supremely adorable) rage, which will cause her to be sent to her room until she can behave like a civilized person.

But then, instead of coming down the stairs and indicating her remorse for such outlandish behavior, she’ll do the opposite: she’ll demand an apology from us, insisting that we were in the wrong and have somehow been the cause of the whole ordeal.

The apology is something like this: Sorry if you didn’t like all that screaming, stomping, and smacking, and I apologize if it was too loud, but it’s your own fault. You should have given me the damn ice cream.  Why can’t I eat ice cream and watch Scooby Doo, anyway?

The logic is perfectly reasonable within a 5-year-old’s psychological frame.

Of course I thought she was just being manipulative and a bit ingenious. Little did I know, she was actually taking a page from the right-wing playbook. (So THAT’S what’s been hidden inside those Ranger Rick magazines mysteriously appearing in the mailbox…)

Here’s the play: I do something wrong, then ask the victim to apologize.

“Good morning Anita Hill, it’s Ginni Thomas,” said the message left this month, according to a transcript provided by ABC News. “I just want to reach across the airwaves and the years and ask you to consider something. I would love you to consider an apology sometimes and some full explanation of why you did what you did with my husband.”

Then, a MoveOn.org volunteer was wrestled to the ground at a Rand Paul event when she attempted to present Paul with a mock award. The candidate’s supporters held her down, face against a curb, while another supporter put his foot on her face and stomped. This video is disturbing, not in the least because of the text overdubs whitewashing the man’s actions.

Obviously, the video intimates, he just put his foot on her face. He didn’t stomp her face! Sheesh, liberals, unbunch your panties.

(Aside: After seeing American History X as a teenager, I don’t think it’s ever appropriate to put these three elements together: curb, face, foot. And also, how f*@#ed up are you, guy, that you think putting your foot on the face of a person lying prone is acceptable?)

The Atlantic’s Ta-Nehisi Coates’ wonderfully restrained dissection of his non-apology gets it right:

“I’m sorry that it came to that, and I apologize if it appeared overly forceful, but I was concerned about Rand’s safety,” Tim Profitt told The Associated Press….

I’m sorry the police didn’t prevent you from making me stomp on your head.

What happens next? You guessed it: he demands an apology. (The demand comes in the last ten seconds of the video.)

So here’s the real question: why would we want a bunch of grown-ups with the psychological sophistication of my kindergartner running the country?

Because while I can discipline and reform her, I am openly terrified about who would do the same for the Rand Paul and Ginny Thomases of the nation – and their loyal, violent supporters.