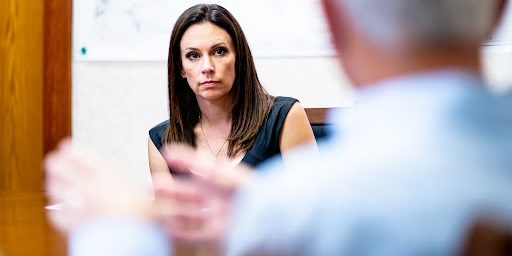 MICHIGAN – As if Michigan voters needed any more confirmation that Tudor Dixon is a right-wing extremist whose values could not be further from those of most Michiganders, she’s bringing Virginia Gov. Glenn Youngkin to Michigan to campaign for her. Youngkin, who has leaned heavily into homophobia, transphobia, and attacks on honest education about racism, is currently under fire for accepting a tax-evading deal that came at the expense of pensions for firefighters and municipal workers. He also publicly went to bat for Trump after the recent FBI raid on Mar-a-lago.

“I can’t say I’m surprised by Tudor Dixon’s choice to campaign with a Trump-supporting, bigoted extremist, but I’m disappointed nonetheless,” said Lonnie Scott, executive director of Progress Michigan. “Like Dixon, Gov. Youngkin has repeatedly attacked the LGBTQ+ community and sought to undermine honest education in public schools—and, of course, he’s an anti-abortion extremist as well. His involvement in a tax evasion deal that robbed hardworking people of their pensions raises important questions about his ethics and fitness to serve in public office, and his presence at the Michigan GOP convention only cements how out of touch the party of MAGA is with Michigan voters.”