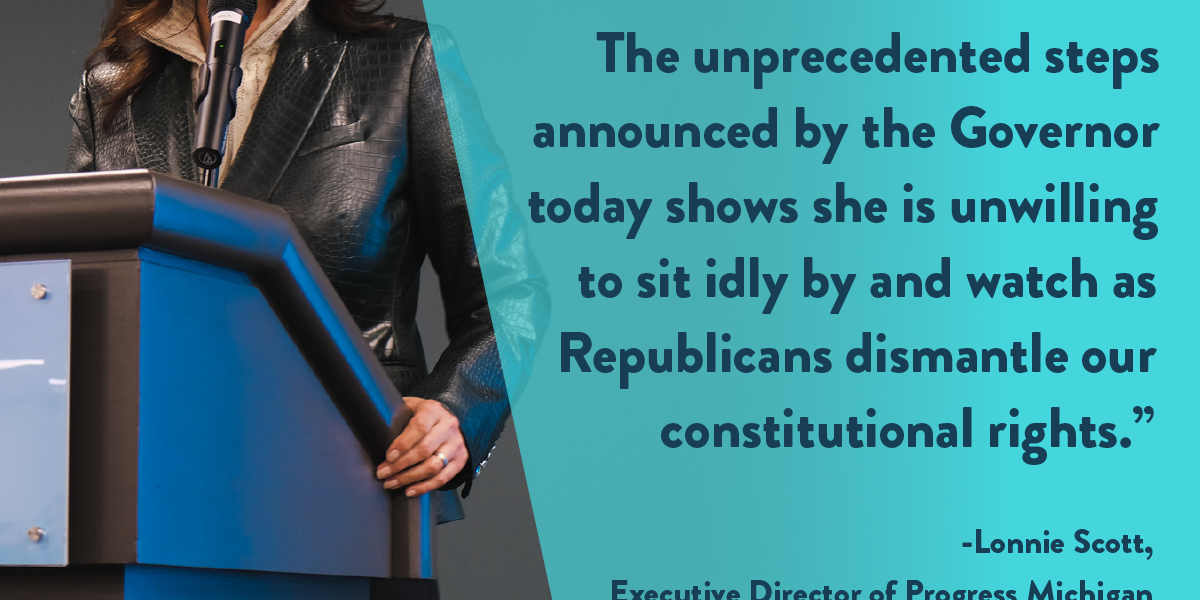 “Today Governor Gretchen Whitmer made history by asking the Michigan State Supreme Court to recognize what the vast majority of Michiganders already believe: everyone has a right to abortion access. As the conservative supermajority in the U.S. Supreme Court threatens dismantling Roe v. Wade, we are proud to have a Governor who will fight to protect access to legal abortion. The unprecedented steps announced by the Governor today shows she is unwilling to sit idly by and watch as Republicans dismantle our constitutional rights. Progress Michigan applauds the Governor along with Attorney General Dana Nessel for standing strong for the people of Michigan.”