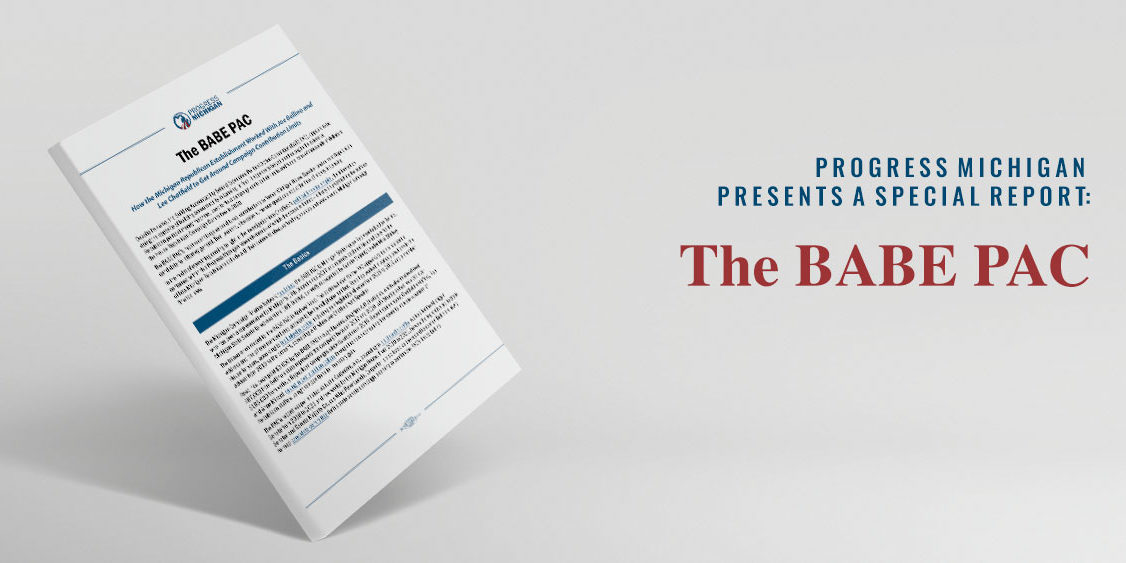 MICHIGAN – The Building Accountability Behind Experience Political Action Committee (BABE PAC) is an independent PAC with ties to current State House Representative Joe Bellino. Progress Michigan’s latest research memo outlines how Bellino may have been working with Lee Chatfield and Republican leadership to funnel money from the Republican State Leadership Committee to the House Republican Campaign Committee in an effort to get around the legal maximum contribution limits placed on caucus committees. Of note: Progress Michigan has previously filed a campaign finance complaint against Bellino for receiving gifts from DTE Energy, indicating a history of campaign finance troubles.

The BABE PAC also appears to have made an unusually large donation—10 times larger than they have given to any other candidate—to current Michigan attorney general candidate and former Michigan House Speaker Tom Leonard. And right around that time, the exact same amount of money made its way from Leonard’s various PACs to Joe Bellino’s campaign account.

Progress Michigan’s entire research memo can be read in full here. Highlights include:

Based on the initial research outlined in this memo, which has a limited scope, Progress Michigan is raising the following questions:

Note: A previous version of this report, released February 4, 2022, incorrectly referred to Lee Chatfield as the “owner” of BABE PAC, which is in fact linked to Joe Bellino. Progress Michigan apologizes for this error and thanks the Michigan Campaign Finance Network for calling our attention to it. The report has now been updated to reflect Progress Michigan’s latest research.