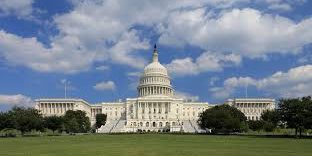 MICHIGAN –– Today, Progress Michigan identified prominent individuals and corporate PACs based in Michigan who have donated to elected officials responsible for the spread of misinformation about our elections that eventually led to an assault on American democracy last Wednesday.

Members of Congress Lisa McClain, Jack Bergman and Tim Walberg, who voted to challenge certain states’ electoral votes, along with others like State Rep. Matt Maddock who helped organize a bus caravan to Washington last week, have received campaign contributions from individuals and corporations through their personal campaign and leadership PAC accounts. Progress Michigan believes those who do not act in the face of the unprecedented attack arecomplicit in the white supremacist violence that took place at the U.S. Capitol.

“Companies like Dow Chemical and Rocket Mortgage decided today that their contributions to the figures who inspired an assault on our nation’s capital would end. We encourage these other companies and individuals to do the same immediately. Five people died, Trump continues to lie and give fanfare to these white supremacists and more violence across the 50 states is expected in these next few weeks during the presidential transition. Enough is enough. If they continue to donate to these elected officials, they are responsible, and as such they should be held accountable. Companies that have already made announcements, like Dow and those connected to Dan Gilbert, should also guarantee that their money will not simply be cycled through generic party or leadership accounts to help those who incited violence.”

Below is a summary of the information Progress Michigan compiled from available campaign finance disclosures from state and federal databases, which are all contributions from the 2019-2020 cycle unless otherwise noted:

Other Corporate Contributions to McClain, Walberg and Bergman:

“We call on every person, organization and group listed here to commit to not funding anyone who had any part in spreading the lies which led to the violent attack on the U.S. Capitol last week. That includes a vow to not fund the Michigan Republican Party if Meshawn Maddock is elected as co-chair,” Scott continued. “The only way we root out violent white supremacists is if every person stands up and demands change — and that starts with those who have bankrolled the right-wing extremists who caused this mess to begin with.”