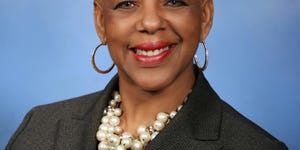 MICHIGAN – On Wednesday, House Speaker Lee Chatfield announced that Rep. Cynthia Johnson would be stripped of her committee assignments in response to comments she made on a Facebook live video. Earlier this week, Rep. Johnson reported that she’d received an influx of racist and violent messages due to her work on the House Oversight Committee. In Tuesday’s live video, she discussed those threats and reminded people who support her to “make them pay” for their abhorrent actions, but to “be smart” and “do it right.”

The harsh action taken to punish her for her justified anger about racist, violent threats is especially striking in light of past behavior by Republican legislators that resulted in no disciplinary action.

“We hear the message Republican leadership is sending loud and clear,” said Lonnie Scott, Executive Director of Progress Michigan. “When you’re a white male Republican in the legislature, you can wear a Confederate flag mask on the floor. You can make inappropriate sexual comments to multiple women just trying to do their jobs, or bring a gun to the governor’s State of the State speech. You can pal around with armed protesters violating public health orders and threatening the safety of your colleagues. But the minute a woman or a person of color speaks up, the hammer falls. Systemic racism has flourished in the Republican-controlled state legislature.”