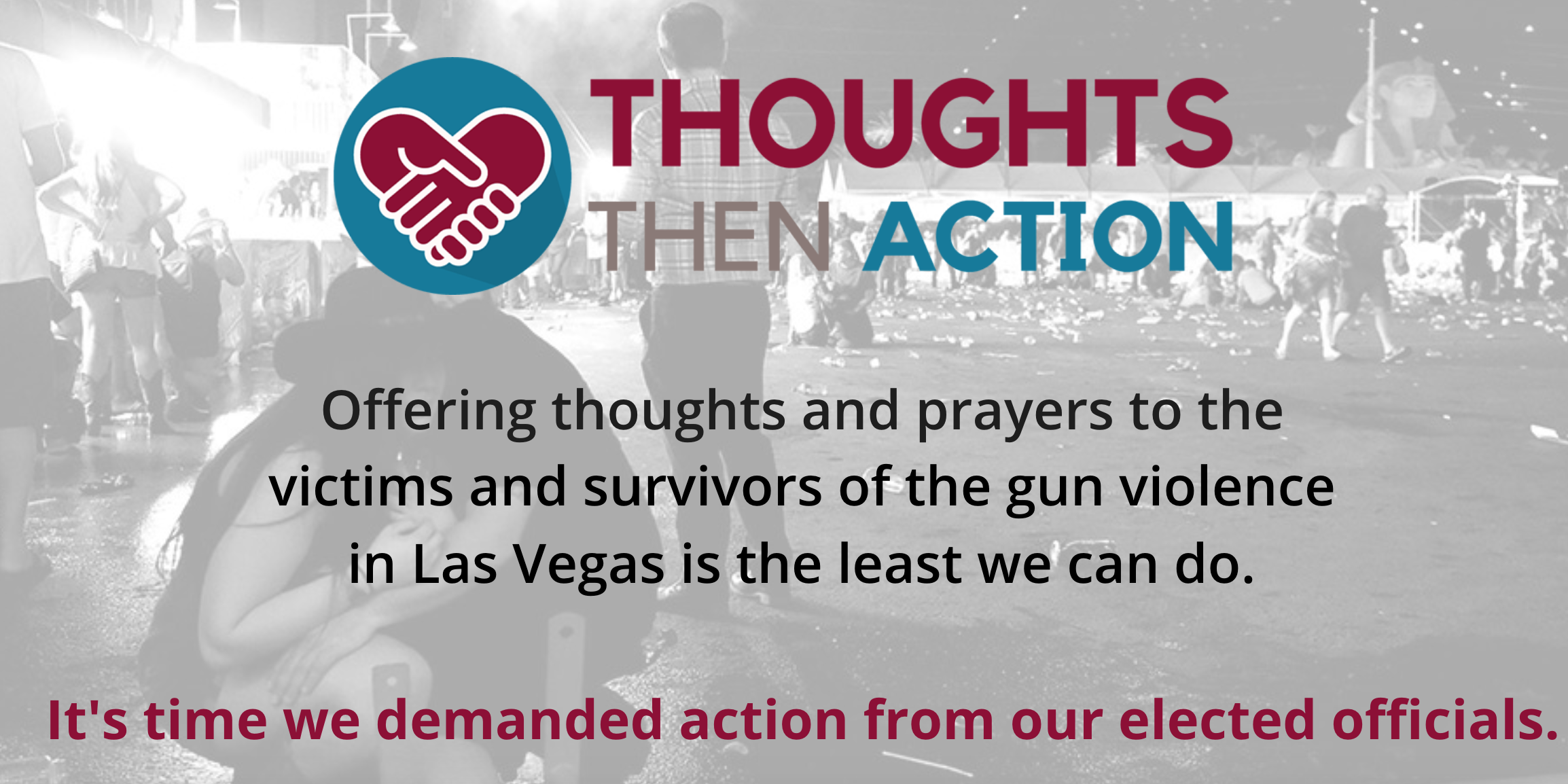 LANSING — In the wake of the mass shooting in Las Vegas, we’re seeing elected officials like President Donald Trump and U.S. Rep. Mike Bishop say now is not the time to talk about public policy. Progress Michigan vehemently disagrees. Today, the group launched ThoughtsThenAction.com, a website where citizens can contact their elected officials in Washington D.C. to demand action when tragedies such as this strike. Here’s a video announcing the launch and calling for action.

“Dozens of Americans have been murdered and hundreds more have been hurt because of yet another mass shooting in the United States. Thoughts and prayers are a start, but it is not enough,” said Lonnie Scott, executive director of Progress Michigan. “It wasn’t enough after Aurora, or the Navy Yard. It wasn’t enough after Sandy Hook, Charleston, or Pulse. It wasn’t enough after the shooting of Congressional Republicans as they prepared for a charity softball game, or any of the other hundreds of mass shootings that have happened this year, because it isn’t enough for you to send your thoughts if as soon as you hit send they simply become an afterthought. We must take action, and we’re hopeful this website will help people do that.”