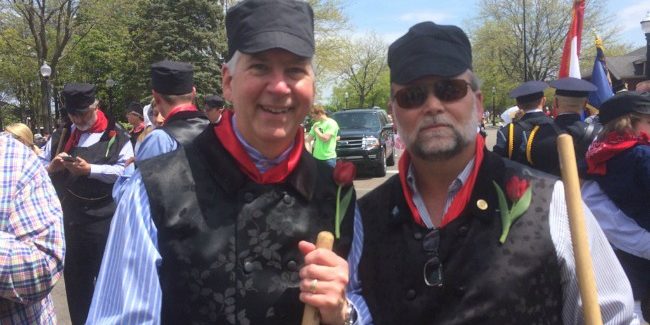 I do not like Senator Patrick Colbeck’s policies, his ego or his politics. Colbeck’s conservative agenda would throw Michigan’s backwards slide we’ve experienced during the Snyder/Schuette era into overdrive. Despite backing nearly every horrible policy supported by Sndyer, Schuette and other establishment Republicans, Colbeck just can’t get any love from his own caucus.

In fact, Senate Majority Leader and member of the establishment Arlan Meekhof doesn’t seem to think Colbeck deserves any respect. Meekhof punished Colbeck for campaigning the Senate leader’s district by stripping him of committee assignments.

Colbeck complained to the media and Meekhof responded by pretending he doesn’t know Colbeck when asked about it. This is par for the course for Meekhof and Republicans in Michigan. Time and again, the GOP has used their power to punish those who don’t agree with them politically such as passing the emergency manager law, the Death Star bill and numerous other bills to take power away from local governments they don’t like.

Sadly, Senator Colbeck couldn’t bring himself to defend people from the wrath of establishment Republicans. This latest playground-style fight leaves a few questions to be answered. Why are establishment Republicans afraid of conservative Pat Colbeck? Where in the hell has Colbeck been when others were stripped of their rights? Is this really what passes for leadership in today’s Michigan Republican Party?

Senator Colbeck at least had the guts to fight his own battle – talking to the media himself. Meekhof sent his press secretary out to throw mud at his political opponent. I guess Arlan puts the meek in Meekhof.