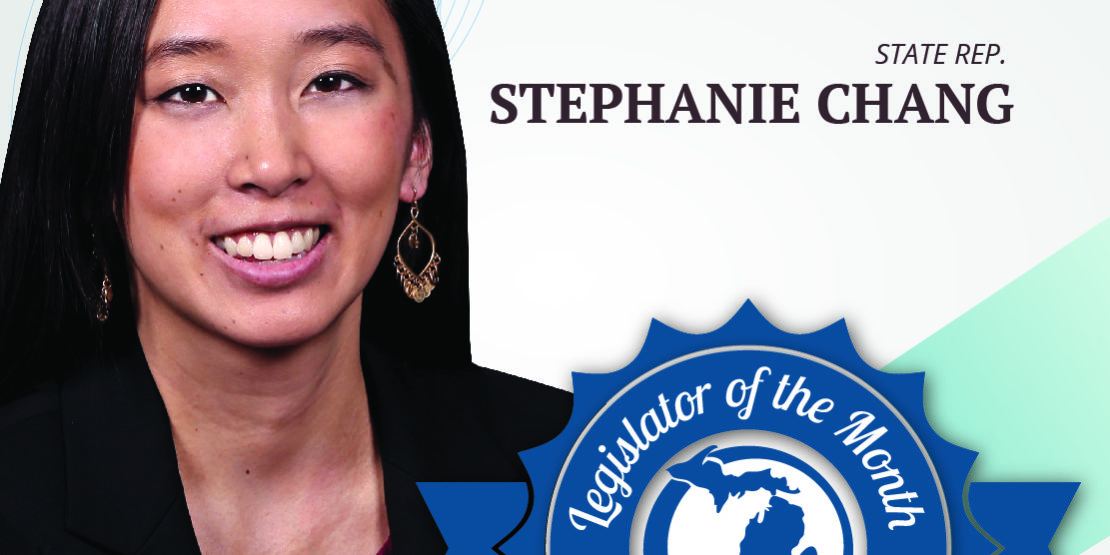 LANSING — Progress Michigan has named Representative Stephanie Chang the Legislator of the Month for January. Representative Chang was chosen for her courageous stances she took against President Donald Trump’s unconstitutional Muslim ban and for speaking out against a hateful bill that would discourage sanctuary cities.

“We are proud to present the first Progress Michigan Legislator of the Month award to Representative Stephanie Chang for her commitment to human rights and ensuring Michigan is a welcoming place for all,” said Lonnie Scott, executive director of Progress Michigan. “People across the country are rising up, speaking out, marching and making sure that no one fears for their safety based on what they look like, how they pray, or where they come from; and we’re proud that Representative Chang is listening and acting on behalf of the people in the state legislature.”

“I am so honored to receive this recognition from my good friends at Progress Michigan who I will always consider an amazing ally in any organizing effort,” said Rep. Stephanie Chang, (D-Detroit). “It is extremely important that this award comes from my efforts against the recent executive orders that are an un-American and unjust attack on immigrants and refugees. Immigrants and refugees must be welcomed here in Michigan – they contribute so much to our economies and communities. I am a daughter of immigrants who came to America and to Michigan for better opportunities. They came here believing in an America that values fairness and justice, and I will continue to work with colleagues, community leaders, and residents to fight to uphold those values for every single person. Seeing thousands of people, some protesting or marching for the first time, at events in recent weeks in Michigan has reinvigorated me and my colleagues to keep standing up, speaking out, and organizing alongside you.”

The Legislator of the Month award is given to an elected official who demonstrates a commitment to government that works for all Michiganders.