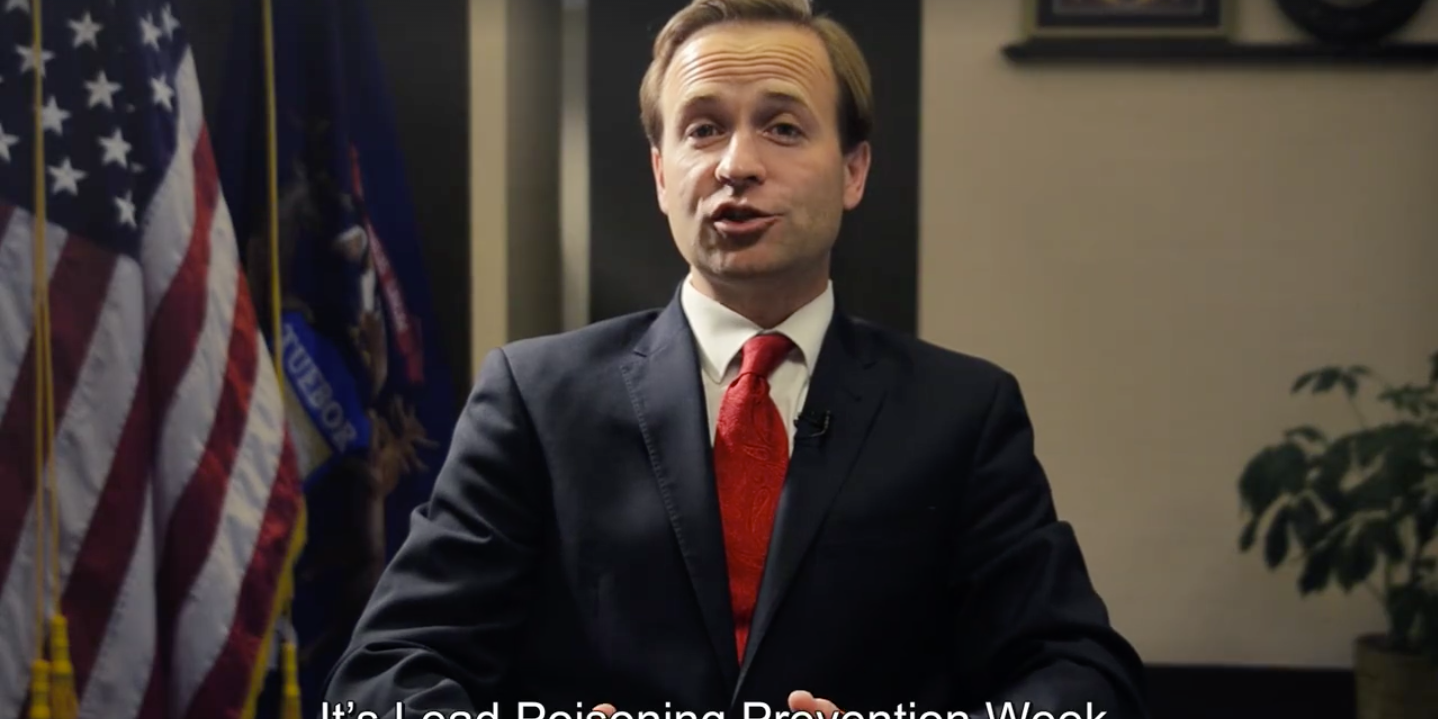 By now it’s clear that the first line of the book on the Snyder years will include the poisoning of Flint. Rick Snyder’s policies that led to the problem, his lackluster response and his insistence that the people of Flint pay for his high-priced lawyers for his legal defense will forever define his shattered legacy. But Rick Snyder isn’t the only elected official taking a tone deaf approach to Flint.

Lt. Governor Brian Calley has been the administration’s leading cheerleader and propagandist in Flint. Calley was assigned the role of fixing the myriad of problems facing Flint families. After taking the summer off, Calley was back this week with – wait for it – a Facebook video about lead prevention. Of course, the video stars Brian Calley with a professionally lighted background, soft music and graphics. This is just the kind of video you would produce if you were more concerned about running for higher office and less concerned about the people who have already been poisoned by your policies.

Brian Calley has a history of putting his own personal ambition above the needs of the taxpayers who sign his paycheck. Two years ago, it was uncovered that Calley was privately flying to Boston to attend Harvard – skipping work to earn a degree – while still getting paid.

The people of Flint don’t need slickly produced videos telling them to wash their hands. They need real leadership focused on fixing Flint without looking for credit. Sadly, with Brian Calley, all the people of Flint get are thoughts, prayers and Facebook statuses.