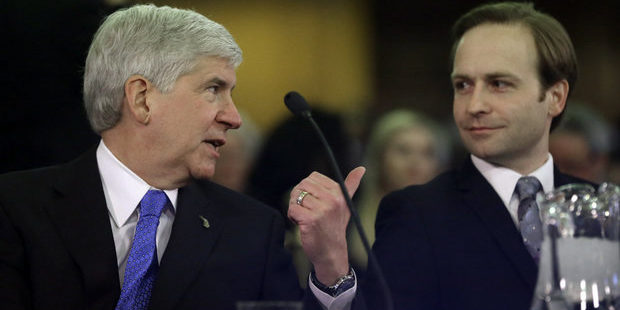 In case you missed it, Lieutenant Governor Brian Calley posted an ad on his Facebook page highlighting the steps that people can take to protect themselves from lead poisoning. What he failed to mention was that people in Flint were not poisoned by lead because they don’t wash their hands enough or give their kids proper nutrition. People in Flint were poisoned by lead because of Gov. Rick Snyder’s emergency manager’s decision to switch Flint’s drinking water source to the contaminated Flint River to cut costs.

Since it’s Lead Poisoning Prevention Week and since our state elected officials are wholly responsible for poisoning people in Flint with lead, we want to highlight several simple steps that our elected officials can take to protect our communities in the future:

.@onetoughnerd unless tip 1 is to not live in a Republican austerity driven state w/ unaccountable Governor you should delete your account. https://t.co/pk0orXX53s — Lonnie Scott (@LonnieScott) October 25, 2016

@onetoughnerd @briancalley is this right? The tip to you is Resign!!! — sharon Kuykendall (@sharonnova28) October 26, 2016

@onetoughnerd @briancalley Tip #1: don’t force a city to switch its water source to one with lead. — Ed Adams (@eeadams) October 25, 2016