About that Johns Hopkins “Doctor” 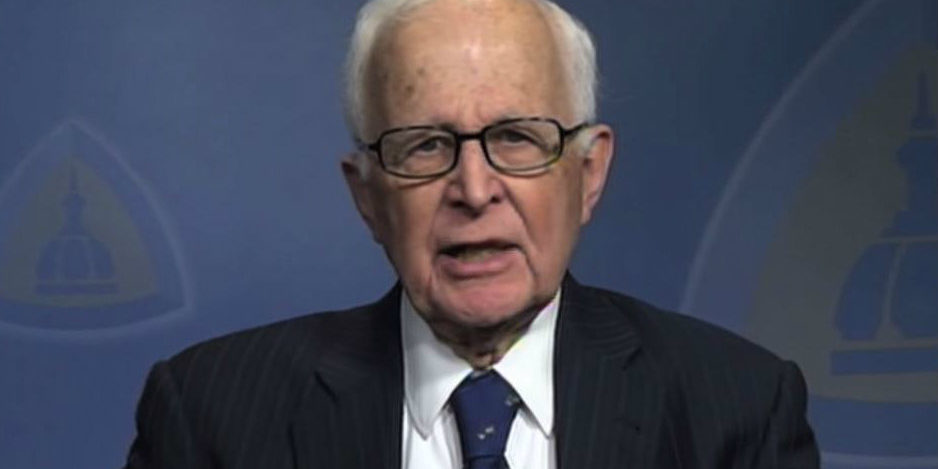 A position paper from a Johns Hopkins “doctor” named Paul McHugh is making the rounds amongst the anti-LGBT crowd because he espouses a right-wing narrative that denies transgender people equal rights.

You don’t even need to read anything about McHugh’s opinion to know it’s a complete crock. When people like disgraced former elected official Todd Courser and avowed racist Dave Agema are citing your position papers on Facebook, it means you’re officially off the rails.

If you must peer into the madness, here’s a link, but realize that the views expressed by McHugh are not accepted by the wider medical or psychological community.

McHugh is part of The American College of Pediatricians, a group that is often cited by anti-equality activists and bigots to push their agenda.

According to the Southern Poverty Law Center, The American College of Pediatricians is a hate group for “socially conservative pediatricians and healthcare professionals” and has taken “hard-line positions when it comes to LGBT rights, advocating for a prohibition against adoption rights for same-sex couples and also offering high praise for reparative [aka ‘conversion’] therapy.”

The fringe group is so out of sync with the rest of the medical community that they only have roughly 200 members, a miniscule membership base when compared to established health organizations with tens of thousands of members.

Medical and psychological organizations across the spectrum affirm the rights of transgender people and are well-documented in their opposition to the views and policies being pushed by people like McHugh:

The American Medical Association supports the rights of transgender people and opposes damaging experiments like conversion therapy, which McHugh supports.

The American Psychological Association also affirms the rights and dignity of the transgender community.

Everyone deserves equal rights, dignity and respect. People like McHugh are using ignorance, fear and crackpot “science” to try to divide us and our brothers and sisters in the transgender community. If you happen to see McHugh or the American College of Pediatricians’ snake oil being peddled around the Internet or at rallies, understand that they’re pushing hate — not medical science — and their views are widely disregarded and countered in the actual medical community.