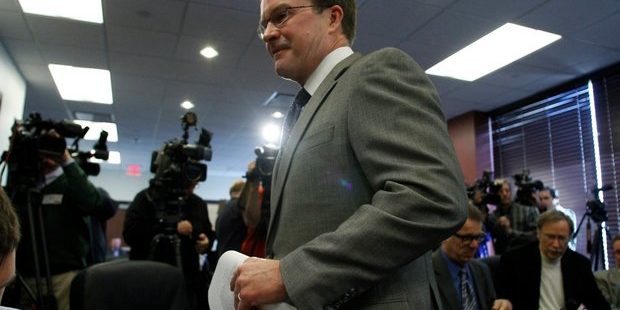 In February of this year, Michigan’s Auditor General issued a damning report of the care that veterans were receiving at the Grand Rapids Veterans Home. The report showed that the home suffered from a lack of staffing. Even worse, the Home was accused of falsifying records to show that our veterans were getting better care than they actually were receiving.

The people of Michigan elect an Attorney General to investigate these types of abuses. But where was Attorney General Bill Schuette? In 2011, he was on the opposite side of veteran care. In a civil suit brought by a veteran, Schuette argued that if veterans didn’t like the care then they were free to leave. Bill Schuette’s love of the free market trumped care for veterans five years ago.

However, since the Auditor General’s report, Bill Schuette has suddenly launched an investigation. Why? Did he suddenly decide defending the rights of veterans was more important than defending a private company profiting from poor care? Probably not. Instead, it’s more than likely that Michigan’s biggest show horse, Bill Schuette, saw cameras and a chance to get his name in the paper – hoping he wouldn’t be called out for his earlier lack of action on behalf of veterans.

Schuette wasn’t so lucky. Last week, veterans called him out for his hypocrisy. The veterans pointed out that Schuette’s previous work against the same veterans he now claims to represent. But despite the fact that it took Bill Schuette five years to investigate and defend the veterans in the home, it only took minutes for Michigan GOP boss Ronna Romney McDaniel to defend Schuette’s failure. It’s sad for the vets in Grand Rapids that Schuette wasn’t so quick to defend them.

The fact that Bill Schuette showed up only after the cameras in Grand Rapids follows his failure to act in Flint until the bright lights of the national media were in town. The people of Michigan deserve a workhorse Attorney General. Instead we get Show Horse Schuette.