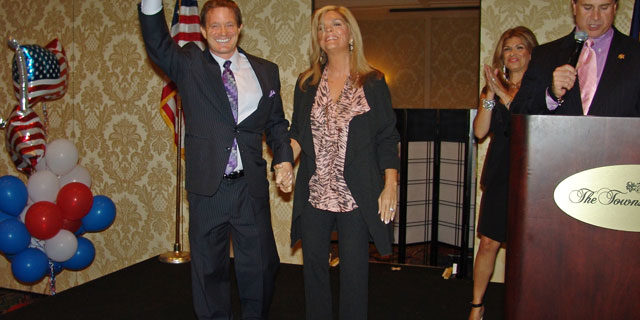 Earlier this month, Republicans passed a roads plan that was similar to the plan rejected by voters in May. The main difference was that this plan does not raise nearly enough funds fast enough to actually fix the roads and it didn’t have as many deals tied to it. Or did it?

The Senate passed both the increase in fuel taxes and registration by 20-18 margins – one vote more than needed. One of those who voted for the increases was Senator Marty Knollenberg. One week later, the Senate Republican leadership seemed to reward Knollenberg for his sudden ability to raise taxes – despite his past support for a no-tax pledge.

The State Senate passed three bills sponsored or co-sponsored by Knollenberg: Senate Bill 13, a bill to take away the ability to vote a straight ticket ballot; Senate Bill 280, an attack on collective bargaining; and Senate Bill 110, a bill that moves the Oakland County Executive election from Presidential to non-Presidential years.

It is not often that bills sponsored by one lawmaker dominate an entire day of legislative action. This type of backroom wheeling and dealing is exactly the type of public policymaking that voters rejected in May. But, when you haven’t been able to come up with a plan to provide money for the roads without asking the wealthiest for a nickel you have to make deals with folks like Knollenberg.

This is one more example why our state scored dead last in ethics and accountability in a recent report. Our state’s citizens deserve to know if Arlen Meekhof and Rick Snyder promised Knollenberg votes on his bills in order to secure his vote. As this roads plan is rolled out and everyone but the wealthiest Michiganders and corporations pay more for roads that won’t get better, take heart, folks – Marty Knollenberg got everything he wanted.