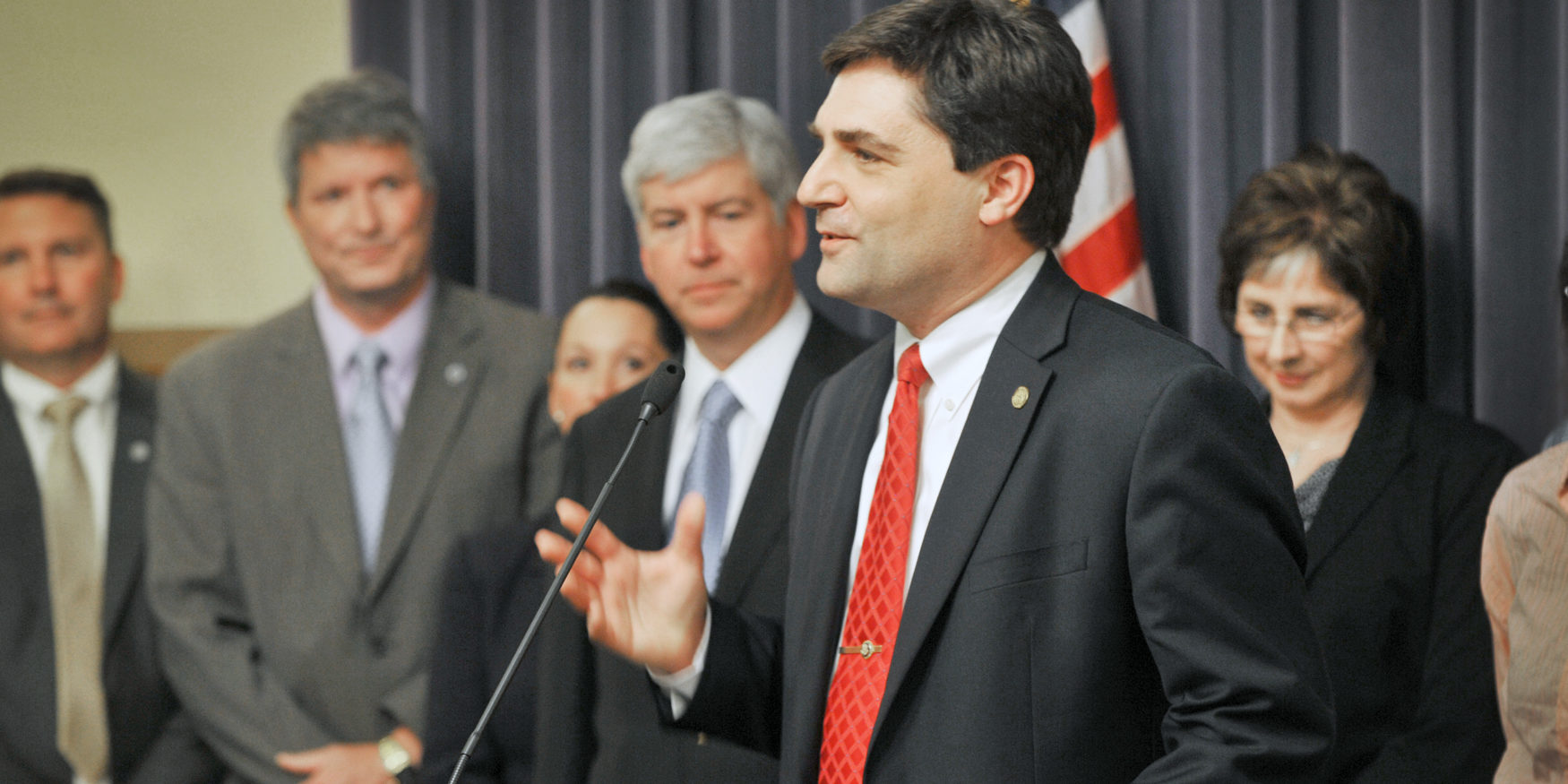 Resolutions like National Train Day, Craft Beer Month, and Dairy Foods Awareness Day recognize things important to particular groups of people in the state. Declaring these times to celebrate or observe a group or cause is common in the Michigan legislature. Proclamations and acknowledgements most often coincide with a widely observed date. Senator Bert Johnson has sought to recognize Juneteenth – the celebration of the emancipation of African-American slaves.

So why is the resolution still awaiting a vote by the Senate? And why did Sen. Patrick Colbeck take it upon himself to whitesplain racism to Sen. Johnson?

Colbeck decided to insert himself into the debate during a Senate Judiciary Committee meeting in October where he then took issue with both the original and amended language of the resolution (check out the embedded video). The Senator said that the language had his blood boiling!

Senator Colbeck was clearly angry, but it is his constituents as well as citizens across this state who should be upset. Colbeck is yet another person who has the power to make change in our society to make it more just and equal, yet he would rather spend his time whitesplaining to a black man how the black community does not face any challenges today. He feels that the Civil War solved all of the race problems we have in this country. Colbeck’s comments were flat-out racist.

When people are confronted with facts about the racial disparities in this country, they have a number of choices. They can accept the facts and do nothing, they can accept the facts and work to change them, or they can flat-out deny them and paint a rosy picture with their whitewashed brush. I am sure you can guess what Sen. Colbeck decided to do.

Let’s quickly take a look at what made Colbeck so upset:

“Whereas, After the emancipation from 246 years of slavery, Africans in America continue to experience the vestiges of slavery from challenges to voting rights, inadequate public education systems, lack of access to capital lending institutions, and other social and economic injustices;”

The amended language Sen. Johnson put forth and is now in the amended resolution:

“Whereas, Even 150 years after emancipation, Africans in America continue to experience the lasting economic and social effects of 246 years of slavery followed by decades of further oppression; now, therefore, be it.”

Now Colbeck claims that the statements were political and “inflaming racial tension,” so let’s take a quick look at the facts behind the statements. For the sake of your time and eyes, we can just assume that elements of the original whereas statement are similar to those in the amended statement.

African Americans still face challenges to their access to free and fair ballots and elections. Whether it is voter ID laws that supposedly are in response to nonexistent widespread voter fraud, but actually create more barriers to voting; The action of some states to close secretary of state offices, preventing voters (mostly black) from getting said ID to vote; or the gutting of the Voting Rights Act of 1965 by the United States Supreme Court which hinders the federal government’s ability to stop voter discrimination and disenfranchisement before it happens. Make no question about it, challenges remain for African Americans to cast a ballot in America.

There is much discussion about the state of education in our urban areas. There are also many issues that lead to the inadequateness in those schools that service a high number of people of color. But if you take a look at the largest school district in Michigan, which happens to be in the city with the nation’s highest percentage of African American residents, you will find that years of state control of the Detroit Public Schools (DPS) district by Sen. Colbeck’s Republican friends has led to an increase of debt for the students, parents, and residents to bear, while the quality of education continues to decline.

Those darn facts, getting in the way of whitesplainers and their racist comments day in and day out.

It is clear Sen. Colbeck loves to reject facts when it comes to history and the present. However, we deserve leaders who will confront the facts, good or bad, and work to make this state and country a fair and equal place for us all to live.