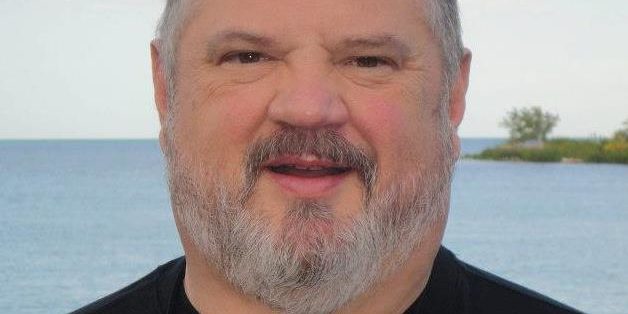 Michigan lost a great man last week. Ken Brock was a giant in progressive political circles, a well-respected man across the political spectrum, and an accomplished Democratic operative. I didn’t know Ken well, but we worked on the same issues and often crossed paths in late Octobers on various campaign trails.

There has been much said about Ken’s reaction to the anti-Obamacare protestors who surrounded Congressman Schauer’s office in the summer of 2009. I was there many days helping those on the Congressman’s side– caregivers, persons with disabilities, young people – have their voices heard. In that very partisan and sometimes nasty environment, Ken made sure that both sides were listened to and that every person was treated as a person – something that doesn’t happen often in political debate today.

In 2012, I watched as Ken fired up volunteers supporting Proposal 2 the night before an election that didn’t go the way we wanted. Ken was a smart operative who most likely knew the outcome wouldn’t be the one the working men and women in the room were hoping for. Nevertheless, Ken kept fighting until the very end. I imagine Ken’s demeanor was a reflection of his professionalism, but I also got the sense that Ken knew that the fight is never really over. Ken wasn’t trying to will the ballot proposal to victory – rather he was reminding us in that room that no issue is ever settled.

Ken Brock was much more than a political operative. The first thing I thought when I heard news of his passing was an immense sadness that Ken’s daughter Emma would not see his proud face after one of her performances. Ken’s family was what he bragged about – not his political accomplishments. I think those political accomplishments were just a means to make sure that he left the world a little better for his family and friends. The outpouring since his death proves that the world and Michigan is much better because of Ken Brock.

My experience with Ken Brock consisted of my time on the Schauer for Governor campaign. I may not have worked directly with Ken, but his office was next to the one I used when not working directly with Mark.

I didn’t get to spend a lot of time with Ken, but the little time I did spend with him still sticks with me. When I joined the campaign, I had little to no experience. There were so many things I didn’t understand and I had so many questions and Ken was always the person who could answer any question I had. He was a political strategist like I had never seen and I always admired how his brain worked and often wished that one day I might gain just a bit of his insight.

Whenever he talked, I turned into a sponge trying to absorb every word he said. Ken was always positive, happy and funny – very funny. And being so positive, in Michigan’s current state, is sometimes rather difficult. He had such a beautiful outlook on life. I remember being in our Lansing office, and anytime I had a question about anything happening in the world of politics, or even my life in general, I would pop my head into his office. Even in the thrust of a competitive campaign, he always had time to listen and answer my questions.

In addition to being a brilliant political strategist, he was a husband and father. When he talked about his daughter, Emma, and his wife, Sue, he did it with such a smile on his face. He always had new stories about them and talked about them in a way that makes you hope your spouse and parents talk about you the same way. From the stories he told, I knew his wife was extremely intelligent, hard working, loving and he enjoyed every second with her. His daughter was always in a new theatre production and performing and I just knew he would travel across this world to see a show if she were in it. She was his world.

I recognize that I didn’t know Ken for years, and I wouldn’t even say that I knew him that well. But I was heartbroken when I received the news of his passing. I was heartbroken because he had the most beautiful soul out of anyone I have ever met and was so incredibly intelligent and worked so diligently to do whatever he could to help others. He dedicated his life to service and did whatever he could to further Michigan and to help make it a better place for everyone. I’ve never known anyone like him.

With Ken’s passing, Michigan lost one of its greatest champions and the two women that he loved with everything, Sue and Emma, lost their husband and father. I learned so much from Ken in the short time I spent working with him. I learned things that I will hold onto throughout my career and even life lessons like how powerful a positive attitude can be. I am thankful for the time I did get with him, but am heartbroken that I cannot learn from him anymore. He will surely be missed.