A Racial Reality Check for Progressives 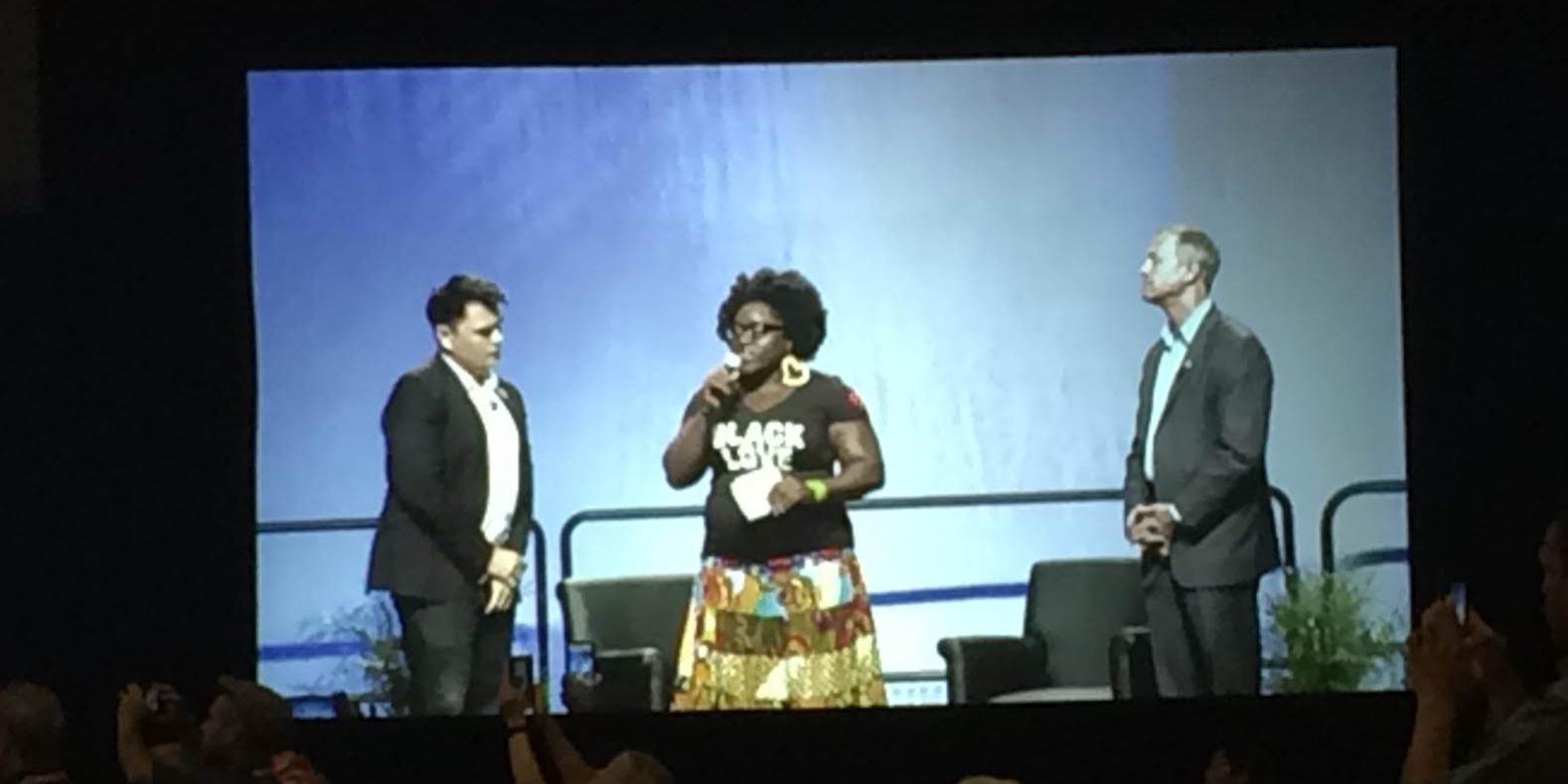 During the beginning of the town hall, the discussion with candidate and former Maryland governor Martin O’Malley was paused when activists and supporters of the Black Lives Matter movement stood up and gathered around the stage. There were passionate chants of “What side are you on, my people?” and “Say her name,” highlighting the violence of law enforcement against black women.

As the action went along, an activist was allowed to come on stage and present a series of questions to O’Malley addressing the problems with systematic racism in America and the violence against black people. They also posed the question to Sen. Bernie Sanders, a Vermont senator and presidential candidate. The candidates failed horribly at addressing the questions and concerns.

O’Malley seemed uncomfortable and was slow to even comprehend what was asked, ending the exchange with “all lives matter” and “white lives matter,” statements that have been routinely called out as being insensitive and borderline racist to the #BlackLivesMatter movement (he has since apologized and presented a preview to his plan to tackle the issue). Sanders, while having the advantage of being backstage when this started, came out and gave his stump speech, completely ignoring what was going on and clearly appearing agitated, never really addressing the issue at hand. Sanders has also began to right his course on these issues.

My feelings in a nutshell about not only the response from the candidates on stage, but also from “progressives” in the audience: I’m disappointed.

It’s amazing how slowly candidates on the left (Hilary Clinton included) have been to take on and present a plan on race issues in the country. I was equally upset at the number of progressives that were vocally upset that #BlackLivesMatter took action during the town hall.

Time and time again I hear various people in the progressive movement talk about how the Rising American Electorate (RAE), which includes young people and people of color, will lead us to victory in regards to the electoral map. I hear words and see posts calling out people on the right about their inaction when it comes to race issues in America. I see many progressives speaking about providing space for black folks and the issues involving systemic racism in this nation.

Yet, some of what I saw on Saturday and the fallout that has occurred afterwards has been the complete opposite. How do we expect black people to vote for “progressives” when some in the movement see the action on Saturday as offensive, ignorant, and disrespectful? How do we expect black folks to be a part of the progressive coalition when people in the room during the town hall were telling the #BlackLivesMatter people to “shut up and sit down”? Some of the things I saw and heard were things I’d expect to see at a conservative gathering and from candidates on the right.

How can I, as a black male that identifies with the progressive movement, go back to the black community and say, “Hey, let’s rally around those people and candidates?” How can I do that when a candidate is unwilling to say, “Hey Denzel, I have a plan to prevent you from becoming another statistic in this racist system”? How can I tell that to a community that feels like they are going it alone?

Now I will say, I saw many people in support of the action. I am also appreciative that Netroots Nation gave space for that action to happen. But, here’s a key takeaway: there should have never been a need for an action like this in the first place.

Black folks are tired. We are tired of people coming to us saying that we should vote for them, yet we cannot get a candidate to flat-out say, “There are some racist things occurring in the country and we need to do X, Y, & Z to stop it.” It shouldn’t take a direct action to achieve that. This issue should be front and center for progressive supporters and candidates alike because, frankly, the #BlackLivesMatter movement has been front and center in American political discourse for over a year.