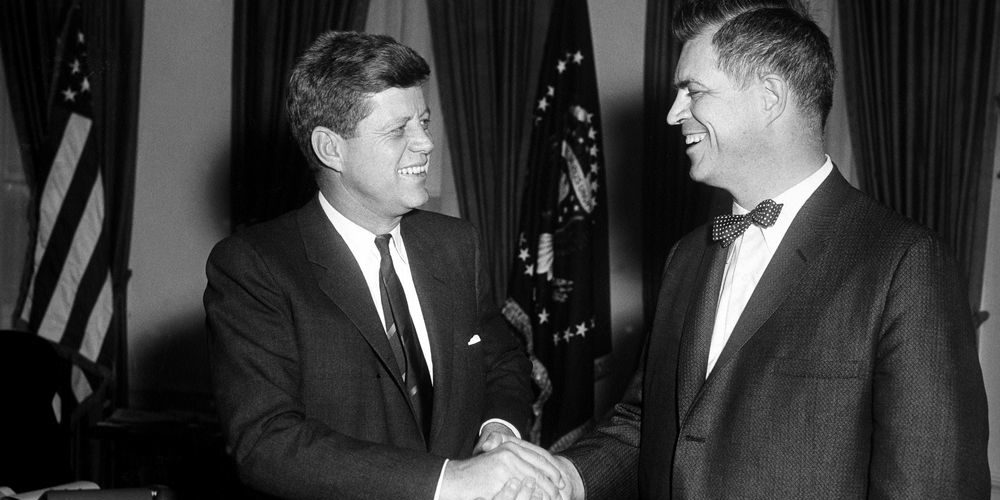 Inside the Michigan Capitol hang portraits of our past governors. The portraits seem to keep a watchful eye on the proceedings taking place each day. While many people walk past these without giving them much thought, I always take a moment to glance at the portrait of Governor G. Mennen Williams, who went by the nickname Soapy, and wonder what he would say if he were around to witness the dismantling of Michigan’s middle class.

Williams was born 104 years ago today into a world very different from the one he left behind. Sadly, the world he was born into – one without many protections for workers, a place where equality was far from the norm, a world without the phrase “middle class” etched into the national psyche – seems to be the model that our current elected leaders are trying to recreate. Whether it is Governor Snyder stripping workers of needed workplace protections, or Attorney General Bill Schuette’s crusade-like battle against equality or the legislature’s continued attacks on the citizens they are sent to work in the interest of, it’s clear that today’s leaders lack the sense of fairness, progress and basic decency Soapy Williams was known for.

I won’t give a history lesson detailing all of the facets of Williams’ public service. If you want to learn about one of Michigan’s best governors you can read a great book about him. Soapy Williams served this state with a blunt personality that called out those who feared and opposed progress. His ability to stand up for progressive ideals was how he built a better Michigan.

One thing that should serve as a reminder of his leadership is his insistence on building the Mackinac Bridge. Despite wails of protest from people that said that it would cost too much or that the “market” should take care of our need to connect our two peninsulas, Williams marched forward with his progressive vision and got the job done. Maybe the building of the bridge is why voters believed that government could be a force for good more than they do today.  The simple act of doing something – despite its roadblocks – was proof that government can and did work.

Thanks to Soapy Williams, the Mighty Mac is a symbol of pride for all of Michigan. But let’s celebrate the bridge as a symbol of the work we can do when progressives stand up for what we believe in without listening to the naysayers. Let’s recommit ourselves to seek a pleasant peninsula where everyone is included, where rights are given and not taken and where we make progress instead of falling back.

I imagine that if Soapy were around today, he’d put on his trademark green and white polka dot bow tie and stand with progressives. I imagine he probably would use his blunt language to call out our current Governor for his policies that have set Michigan citizens back. Let’s honor Soapy by doing that today and in the days ahead.