Why Stop with Agema? 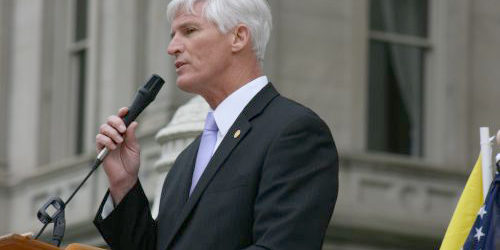 Yesterday, the Republican National Committee (RNC) voted to censure Dave Agema for his numerous comments regarding race. The vote also included a demand, not likely to be heeded, for Agema to resign his post. While I’m pleased that the RNC has taken this step, I’m left with a couple of lingering questions: Why did it take the RNC so long? Why stop with Dave Agema?

Dave Agema has a long history of making statements that are at best out-of-touch and in reality completely racist. So why did it take the RNC so long to do something? Sure, a few leaders issued statements but we all know that actions speak louder than words. Why did the RNC allow one of their own members to represent them in this manner for so long?

We all agree that Dave Agema is vile. Agema certainly has views that are out-of-step with a majority of Americans. But do Agema’s words stray so far from today’s Republican Party that he is the only one who deserves a censure vote?

Earlier this month, the U.S. House of Representatives started its new term with Congressman Steve Scalise firmly positioned as the Majority Whip, the third highest-ranking member of the House. Republicans voted to have Scalise represent them despite the fact that he has admitted speaking to a group backed by former Ku Klux Klan leader David Duke and declined to vote on a resolution apologizing for slavery. Yet the RNC was silent on Scalise’s troubling record.

Yesterday, the Michigan House of Representatives voted to elect Kevin Cotter the Speaker of the House. Cotter was elected with the support of Representatives Gary Glenn, Todd Courser and Cindy Gamrat, three newly elected members of the House who recently hosted a Tea Party “PowWow” where racism and bigotry were front and center on the agenda. I’m sure the Michigan GOP could follow the lead of the RNC and call on these three to resign. But I’m not holding my breath.

The vote of the RNC puts the ball in the court of the MIGOP. Will they find a way to remove him from office (trust me, when Republicans want to do something in this state they never let rules and procedures get in the way) or will they continue to issue half-hearted statements that focus on one member of their party while ignoring the fact that the entire party needs to do some soul-searching? It would be fun to watch if there weren’t more important issues to deal with in Michigan and the country as a whole.