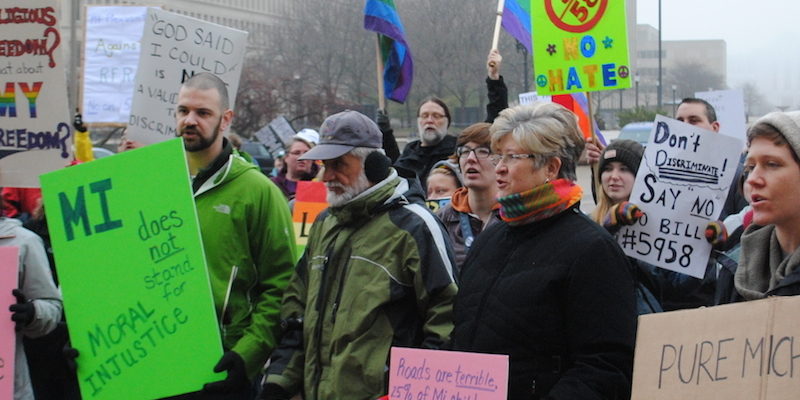 With corporations rolling back the hard-won gains of past social movements and creating economic inequality, the need for independent progressive voices has never been greater.

That’s where we come in. As Progress Michigan kicks off the New Year, we resolve to continue speaking truth to power and holding officials from both parties accountable as we fight for a more just and equitable Michigan.

Whether it’s shining a light on prison profiteers like Aramark or pushing for policies that improve the lives of our state’s residents, we’ll keep fighting alongside you this year to make our vision of a more progressive Michigan a reality – a Michigan with better public schools and fewer prisons, higher wages for working people and cleaner air and water.

It won’t be easy. The far right has been emboldened by the last election. And they’re not the only ones. Already, corporate-friendly voices in our own movement are warning that we must moderate our demands for social justice if we want a seat at the table.

But we know lasting change can only come through strong social movements, not backroom deals. Frederick Douglass had it right: “If there is no struggle, there is no progress. Those who profess to favor freedom and yet deprecate agitation are men who want crops without plowing up the ground; they want rain without thunder and lightning. They want the ocean without the awful roar of its many waters.”

Guarding both against right-wing attack and left-wing accommodation, we’ll have our work cut out for us in the year ahead. We’re looking forward to it and we hope you’ll join us.