Crashing the Tea Party: Fear and Loathing in Mount Pleasant 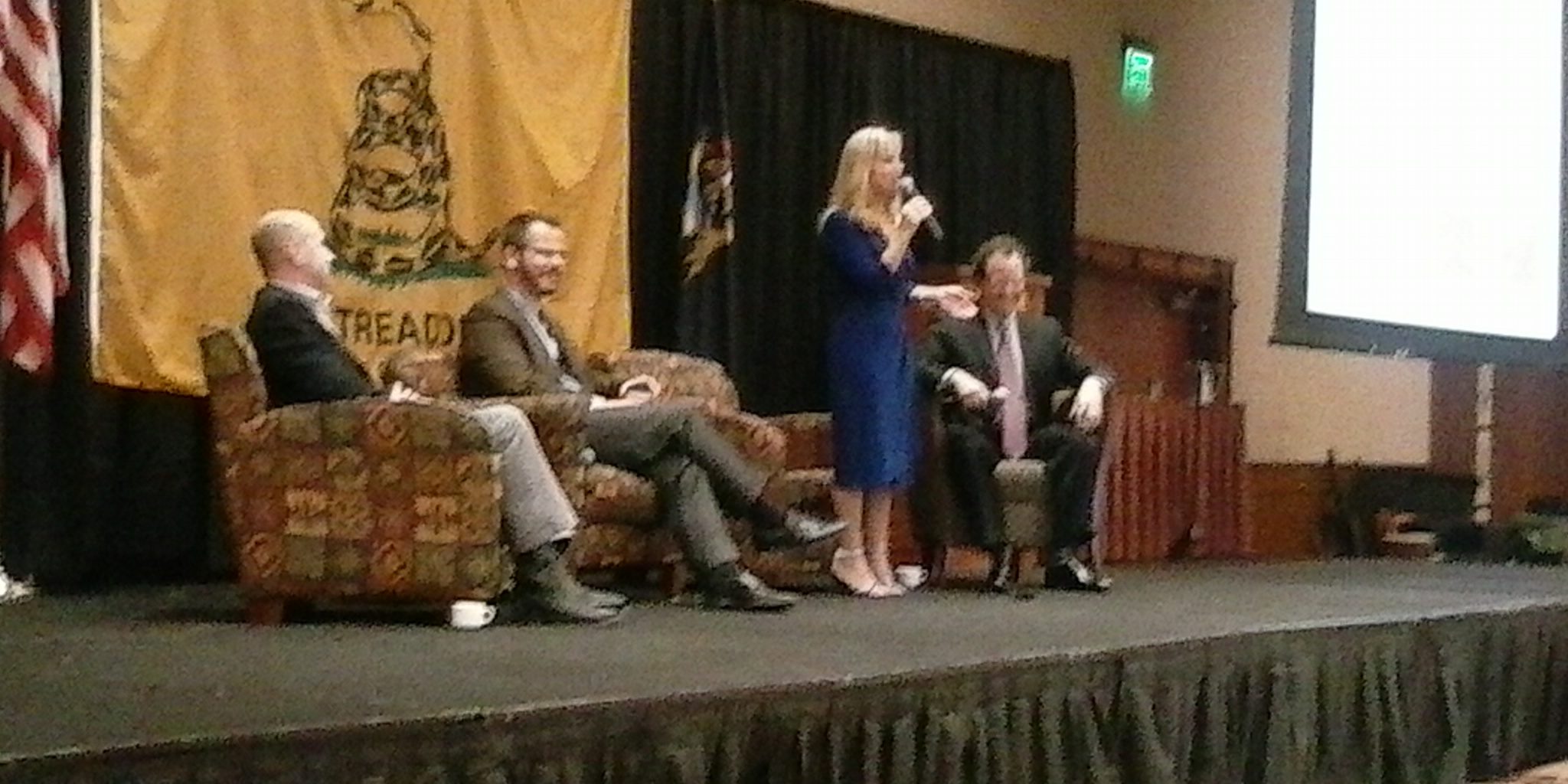 With prison profiteers like Aramark enjoying sweetheart deals under Gov. Snyder’s administration, government accountability remains as relevant as ever. So it’s shameful that the Michigan Statewide Grassroots PowWow, billed as a training ground for Tea Party activists in the “battle for freedom,” instead spent the better part of last weekend spewing racist and nationalist venom at the people most often hurt by state policies.

Despite the prevalence of “Don’t Tread on Me” merchandise, the Tea Party’s libertarian wing was virtually absent from the proceedings. This was a conference for hard-line social conservatives, pure and simple, the sort who see no contradiction in calling for small government while supporting a metastasizing prison system and massive military budgets.

For a movement that claims to oppose state power, there was a marked lack of empathy for those so often on the receiving end of Big Government, from African Americans targeted by the War on Drugs to Muslims whose civil liberties have been violated in the name of counter-terrorism. This is perhaps unsurprising given the near-total lack of people of color in attendance.

Aside from one unfortunate representative from a marijuana legalization group, whose speech was met with scowls and shaking heads, the rest of the conference speakers covered the same tired themes, mainly the threat to God and country posed by immigration, Islam, and the “homosexual agenda.” Whether it was RNC committeeman Dave Agema calling for a crackdown on undocumented immigrants or retired Lt. Gen. “Jerry” Boykin advocating the conversion of Muslims to Christianity, these statements were met with thunderous applause and shouted amens.

As the weekend wore on, it became increasingly clear that the conference-goers’ vision of a renewed America does not even pretend to recognize any separation of church and state. Their recipe for reclaiming the United States amounted to this: small government for the rich and corporations; big government for working people and people of color; and hard-right Christian fundamentalism for all.

Given the desperate need to hold government accountable, it is reprehensible that the Tea Party conference organizers chose to engage in victim-blaming rather than speaking out against the unjust policies that their limited-government principles demand that they oppose.