Thou Doth Protest the Protests 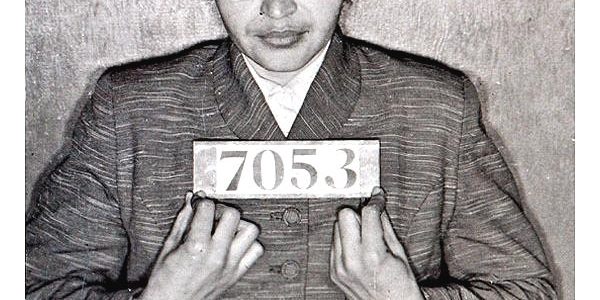 On December 1, 1955 Rosa Parks was tired. She was tired after a long day at work and tired of being treated like a second-class citizen in her own community. Without much planning, she decided to stay in her seat (yes, it was her seat) when told, not asked, to move to the back of the bus. Fifty-nine years later, Rosa Parks is a national hero and her protest is rightly credited as the spark that ignited the Montgomery bus boycott and the emergence of Dr. Martin Luther King, Jr., as a leader in the civil rights movement.

Last week, protesters carried out actions across the nation in opposition to what many see as a miscarriage of justice in Ferguson, Missouri. These protesters deployed tactics similar to those employed by Rosa Parks, Martin Luther King and countless others fighting for civil rights and a just society.

The response to these protests in 2014 was sadly familiar to the response in 1955. Many people complained that they were inconvenienced by people blocking traffic or that they were upset that a handful of NFL players showed solidarity with protesters by holding up their hands when entering the stadium. Many other people were upset that by calling attention to the injustice in Ferguson, the protesters were taking sides with the looters against the police.

It seems that those who were upset are missing the broader picture. This is how protests work. Just as motorists across the nation were briefly delayed, the bus riders in Montgomery had to wait while the police responded to Ms. Parks’ action and arrested her. Just as people had to watch NFL players take a social and political stance, people in 1968 had to watch Olympic medalists hold their fists in the air during the national anthem.

Empathy is defined as the ability to understand and share the feelings of another. Imagine what it takes to sit down in front of traffic in the cold and rain. What would make a person do that? Imagine what it takes for an athlete to show solidarity with people they identify with instead of staying quiet and hoping for a lucrative endorsement deal. Why would they risk it? Imagine what it takes to go into the streets to peacefully protest with looters on the loose and a militarized police force charged with keeping the peace. I imagine it takes a lot.

This is how conversations begin. People put their lives on the line to point out problems in society and try to right them. We desperately need conversations about race, about lack of opportunity, about the fact that our police are being asked to take on increased militarized responsibilities while enduring cuts to their pay and benefits. The problems won’t be solved if we let the people sitting on their couch set an agenda that tells people to sit down, shut up and stayed tuned for the next game.