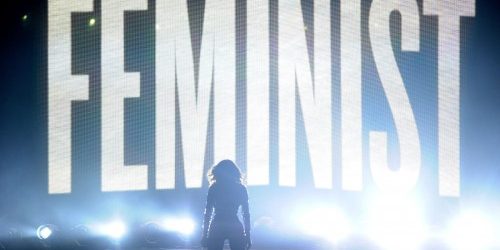 2014 was the year of embracing the intersectionality of feminism. Mainstream “white feminism” is becoming a thing of the past as women and men tear down the walls that have for so long defined feminists as being white, middle class, and cis-gendered.

Feminism is about equality, but it is becoming increasingly harder to put the exact definition of feminism into a box and there’s nothing wrong with that. There are many different kinds of feminists with different viewpoints and it’s becoming harder to discount some as being a “bad feminist,” and that’s great. We know now that not all female-identified people come at life from an even playing field with the same experiences and cultural norms and that no one is solely defined by being female-identified, so our points of view are vastly different. That’s something we need to continue to recognize as we talk about feminism.

You can find some iconic feminist moments of 2014 here – moments that highlight the intersectionality of feminism. Lupita Nyong’o forced Hollywood to confront its lack of diversity, Mindy Kaling helped to break down stereotypes about women of color in media, Malala Yousafzai accepted the Nobel Peace Prize, and Laverne Cox became the first openly transgender person to appear on the cover of Time magazine – she is one of many trans women leading the fight for an equal place in society for transgender people.

Do you have a feminist moment of 2014 to share? I’d love to hear them.

I look forward to continuing to see the various groups of women, men, and those who don’t conform to a gender binary, and their multi-layered facets and experiences of life represented and respected in the overall discussion of feminism in 2015.