The Dismantling of Detroit 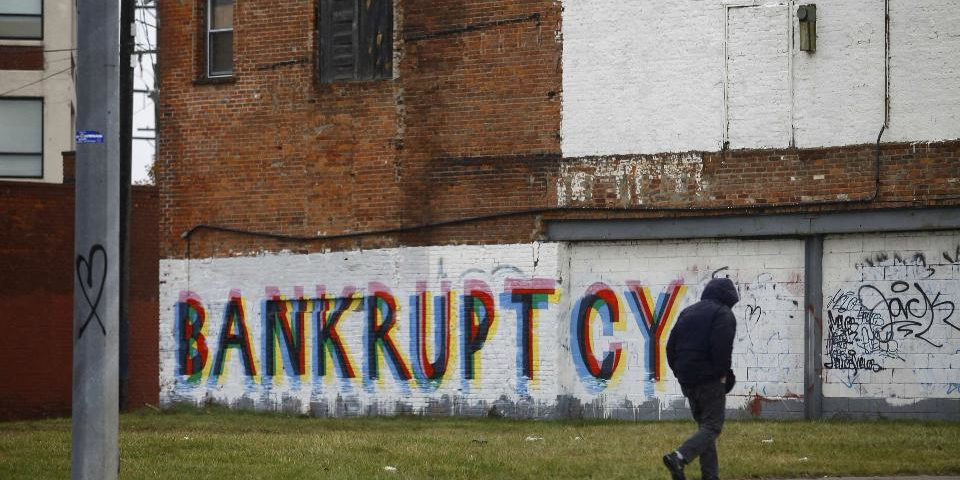 While politicians and CEOs celebrate the approval of Detroit’s Plan of Adjustment, and the mainstream media parrots their line to the public, the real story of the bankruptcy deal has yet to be written. The court proceedings may be over, but the harm inflicted by the city’s austerity and privatization measures is only beginning.

It’s worth remembering that the bankruptcy, triggered by decades of legislators taking money intended for city residents to fill holes in the state budget, was not inevitable. It was a pre-determined policy decision. As the Metro Times reported: “Documents later surfaced showing [law firm] Jones Day was already preparing documents related to a Detroit bankruptcy even as Gov. Snyder was saying it was only a last resort.” The declaration of financial emergency allowed the administration to appoint an unelected, unaccountable official empowered to carry out its pro-corporate agenda.

The origin of this story is critical to understanding what’s happening now in Detroit, which can only be described as a massive transfer of public wealth into private hands. As activists with Detroiters Resisting Emergency Management recently wrote: “In order to buy off financial speculators like Syncora or FGIC, the city has been forced to cede valuable riverfront property, downtown land, garages, and, of course, cold cash.” That’s to say nothing of the cool $200 million in legal and consulting fees that the plan’s architects stand to make on their way out the door.

The irony here is that Detroit is indeed rising – but not in the way that jovial elites imagine. As the austerity regime continues to tighten its grip on workers by cutting pensions, ramping up foreclosures, and shutting off water to low-income residents, community organizations like D-REM and the People’s Water Board are stepping up their activism.

Not that public opinion will matter much to the numerous boards and commissions charged with overseeing the city for the foreseeable future. Indeed, despite the public outcry, one press report stated that “no significant critics” of the bankruptcy plan were left by October. It’s a telling reminder of how far removed Detroit is from democracy. Under technocratic rule, it’s the opinions of the financial elite – not Detroiters – that count.

It’s reminiscent of that old Bertolt Brecht line: “Would it not be easier/In that case for the government/To dissolve the people/And elect another?” But even that’s too generous. After all, in Gov. Snyder’s Michigan, such authorities aren’t elected – they’re appointed.