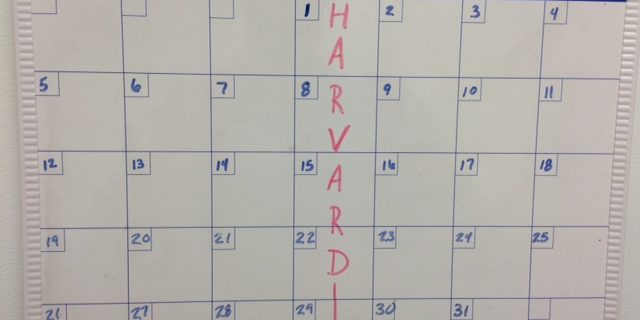 Have you heard about the latest scandal from the Snyder administration? Brian Calley has been secretly skipping town, hopping on a plane and flying to Boston to attend Harvard.

Each Wednesday for two years, our Lt. Governor has quietly left to go to school (never mind the fact that he’s the second in command of one of the largest states in the union.) Brian Calley can’t be bothered to do the job he was elected to do, but I do hope he has time to enjoy the sights and sounds of Boston. To that end, below are five things for Lt. Gov. Calley to do while in Boston.

This 2.5 mile stretch covers the sights of Boston’s Revolutionary War era. Lt. Gov. Calley should visit these sights and reflect on the freedom his boss Gov. Snyder has given him to pursue an education while average Michiganders pay his salary.

Since Brian Calley chose to attend Harvard instead of one of Michigan’s world-class universities, he should go all the way and pay homage to RedSox greats Ted Williams, Jim Rice and Nomar.

Sometimes you wanna go, where Michigan taxpayers don’t know where you are.

I know Lt. Gov. Calley goes to school there, but he should really stop and check out the history and famous art. There he can reflect on how it feels to be so out-of-touch that he thinks that his personal ambitions are more important than serving the people.