Hope is a dangerous thing 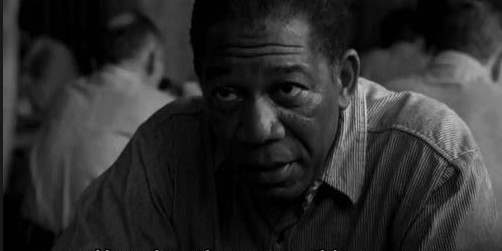 When maggots were found in a food preparation area in a Michigan prison, Governor Rick Snyder told reporters: “The most recent problems are not acceptable.”

He was talking about Aramark, the private, out-of-state corporation he awarded a $145 million, 3-year contract to run our state’s prison food services last year.

Apparently, maggots near the meatloaf are all that it takes for our governor to realize there is a problem with Aramark. As for “poor oversight of kitchen utensils that could be turned into weapons, undercooked food, prisoner hunger strikes,” running out of food and inappropriate prisoner-employee relationships — those problems he let slide.

Keep in mind: Aramark has only had this contract for about a year. And yet they’ve racked up quite the laundry list of complaints, eh? In fact, over 70 of the company’s employees have been banned from Michigan prisons.

While working in Michigan’s prisons, it’s clear that Aramark has been a colossal failure. But that’s hardly a surprise, as the company has a long rap sheet of screwing up in other states.

This is another case of our governor flat-out not giving a damn about accountability. Aramark has shown they are more concerned with maximizing their profits than doing the job right the first time. How long before one of these screw-ups gets a corrections officer or prison staffer hurt or killed?

Hundreds of millions of our tax dollars are going to an out-of-state corporation that is violating the terms of its contract and putting workers’ and prisoners’ lives at risk.

When Aramark was awarded the contract, Gov. Snyder said, “It will save us money and hopefully provide better service.”

You’d think our supposedly data-driven “nerd” governor would subscribe to something other than “hope” when cutting 370 jobs, giving away hundreds of millions of dollars and upsetting the delicate balance of prison life… but you’d be wrong.

Speaking of prisons and hope, Morgan Freeman’s character in The Shawshank Redemption may have been a convicted murderer, but he had some good advice about hope when it comes to prisons. Maybe he wasn’t talking about state contracts with food service vendors, but I think Gov. Snyder should heed his advice anyway.