Detroiters are at the Heart of Detroit’s Turnaround 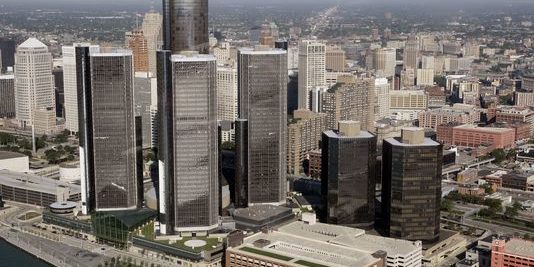 Last week, the Progress Michigan team and I spent a fair amount of time in Detroit.  We were there for a retreat and then stayed for Netroots Nation.  It was the first time I can remember ever staying in the city for a long period of time and enjoying the things Detroit has to offer.

I grew up in Ypsilanti Township, about 35 minutes west of Detroit and my childhood memories of the city are probably like what I assume many suburbanites my age remember too.  My family and I went to Detroit only for special events, we parked close and we left as quickly as we could after the event. I was led to believe that the city was treacherous and that spending an extended amount of time there would be put me in danger. Everything I believed was wrong.

Sure, Detroit has had a fair share of issues and I am not discounting the fact that there is still crime (as there is in every major city I have ever visited). But the city has so much to offer: Wonderful food, nightlife, exciting events and great shops. Much more than I could have ever experienced or even imagined from a fast moving car speeding away from the city.

Detroiters have a fighting spirit and are struggling day in and day out to do more than survive — they want to thrive again. They want their city to be a city of hope, instead of one of despair. And they are on the right track.

Conservatives will claim that they put the city on the road to recovery. They will want us to believe that what Detroit needed was an unelected emergency manager that was handpicked by a right-wing governor. They want us to forget about the cuts to revenue sharing and the GOP’s decision to invest in the wrong priorities, like tax giveaways for business. Conservatives want you to believe that they had no hand in the downward spiral of our greatest city and that they deserve all the credit for the rebound.

But we know that isn’t true.  The real credit belongs to the people who have stayed and fought to reclaim their city. We should be thanking the activists, the community groups, the faith leaders and the hardworking people of Detroit who said they wouldn’t let their home be stamped out. Thanks to their sacrifice and dedication, they’ve brought revitalization into the city. Young people are moving in, neighborhoods are getting stronger, and Michiganders once again have a strong sense of pride about Detroit and are willing to fight for it.

We have always known that Detroit built more than just cars  — they built the middle class. Last week for me confirmed what I already knew was true: Detroit and the middle class are worth fighting for and progressives are the ones leading the charge.