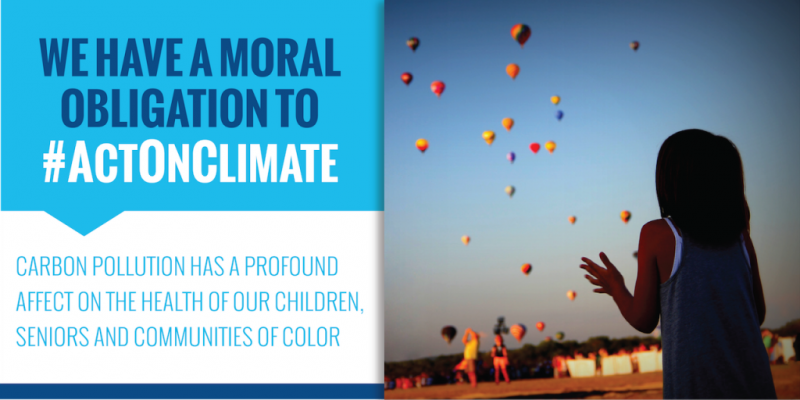 Today is a historic day for our nation. A few hours ago the Obama administration and the U.S. Environmental Protection Agency (EPA) announced one of the strongest actions ever to fight climate change: A proposal to cut carbon pollution from the nation’s power plants by 30 percent by 2030.

This is an especially huge deal for Michigan since we have some of the dirtiest coal plants around. The DTE Monroe Plant is one of the top ten most polluting in the country, spewing millions of metric tons of carbon pollution into the air last year alone. Remember when 90 percent of Michigan’s cherry and apple crops were destroyed in 2012? Or last year when our Great Lakes experienced some of the lowest water levels in history? We have carbon pollution to thank for that. Today, the President and the EPA took monumental action that will help lessen these harmful impacts of climate change.

Millions of people across the country and in Michigan are applauding this accomplishment. Not celebrating are the usual suspects, like Terri Lynn Land, who’s calling the proposal an “…attack on coal.”

In reality, it’s coal pollution that’s been attacking us all along. Instead of fulfilling our moral obligation to protect future generations from the devastating effects of climate change Terri Lynn Land chooses to protect corporate polluters instead. Really Terri?

Thank you, President Obama for standing up for all Michiganders. And thank you, Terri Lynn Land, for reaffirming that you’re only in it for your campaign donors.