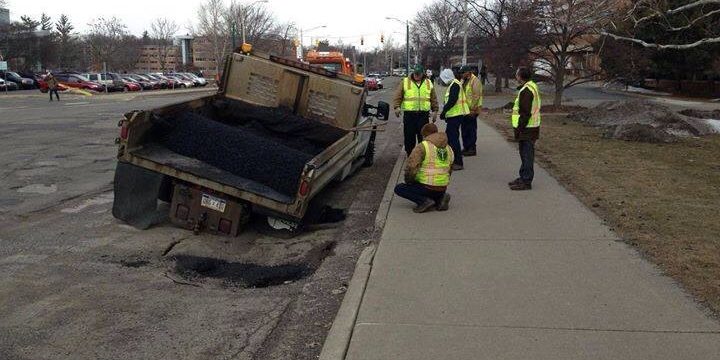 Who does Governor Rick Snyder think he is, Chris Christie? Except when it comes to cronyism and politically motivated favors, Snyder may have the New Jersey governor beat.

Not sure if you’ve heard the latest example, but news recently broke that when legislative leadership and Gov. Snyder approved road repair projects (about time, right?) using special funds that were approved last year by Republican leadership in the legislature, the funds overwhelmingly went to Snyder’s fellow conservatives’ districts. This left Democratic districts — and the people who live there — stuck with pothole-riddled roads.

While Gov. Snyder said he wanted to fix Michigan’s roads, we didn’t think he meant only the ones his fellow right-wing lawmakers used.

However, this is only the latest stink in the culture of punishing political enemies and rewarding political (and monetary) allies that is beginning to reek from Snyder’s office.

First it was his $1.8 billion tax giveaway to corporations, then it was Right to Work, next his cousin got a $41 million furniture contract and now he’s only fixing Republican district potholes.

Is Snyder trying to one-up Christie’s Bridgegate scandal? I doubt it. These types of politics and policies are engrained in the Snyder administration. This pothole business is only another example of how Snyder has the wrong priorities for Michigan.