The leadership represents the party 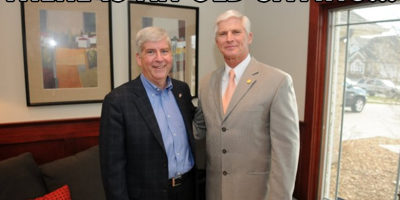 Well, I guess that explains why Governor Snyder wouldn’t call for Dave Agema to resign.

Just yesterday, the governor asked a judge to uphold the ban on same-sex partner benefits that was sponsored by — who else? Dave Agema.

It seems the Republican Party wants to have their cake and eat it too.  On one hand they claim we need more civility and Michigan needs to be more welcoming to attract top-notch talent. But on the other hand, they still support arcane laws that make LGBT individuals the equivalent of second-class citizens.  Conservatives in Michigan try to distance themselves from Agema’s comments, but their party platform contains the same hateful positions — and Snyder continues to use state resources to defend them.

The truth is, if Republicans don’t want to be judged by the fringe of their party they should take two simple steps. First, don’t vote fringe candidates into party leadership.  Second, do something concrete and productive — like amending the Elliott-Larsen Civil Rights Act to end discrimination based on sexual orientation, gender identity, or gender expression.

Otherwise, we have no choice but to assume that leadership represents the values of the party. If Agema truly is an outlier, then the governor would cease defending these policies in court — at taxpayers’ expense — and the legislature would act immediately to protect LGBT individuals.

Unfortunately, I suspect the governor will continue to waste state resources on this fight, which only perpetuates the hateful policies that have been pushed by the fringe elements of the party like Dave Agema.