Republicans are scared of the invisible hand that feeds them 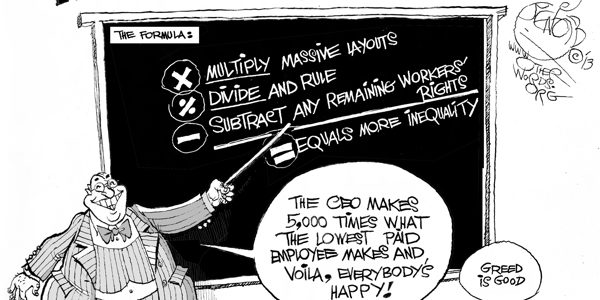 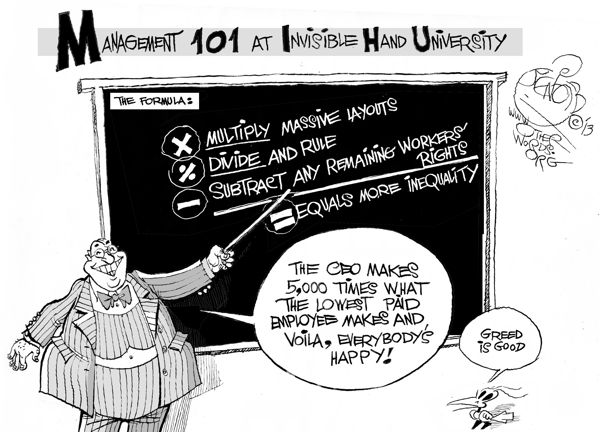 Michigan’s Tea Party congressional delegation failed every single Michigander by voting to send the U.S. into default. Why would they do such a thing? Simple: cowardice.

Immediately following the deal to avert default and end the senseless government shutdown, FreedomWorks CEO Matt Kibbe promised primary challengers for House Republicans who voted for the plan, saying “You’re seeing that and a repopulation of the Republican Party.”

In the past such claims would be seen as empty posturing, but post-Citizens United and the nation-wide hyper-partisan redistricting that took place in 2010, that’s no longer the case. Now, Republican districts are even more Republicany and groups like FreedomWorks and Americans for Prosperity can primary lawmakers who vote the wrong way, spend as much money as they need to, and replace them with a far-right lawmaker who will vote the right way.

And unfortunately, it’s working. Tea Partiers Bill Huzienga, Justin Amash, Tim Walberg, Candice Miller, and Kerry Bentivolio all voted to send the U.S. into default and continue the costly ($24 billion) shutdown because they’re scared of a well-financed primary challenge from the right. They’re not worried about working Michiganders – or Americans for that matter – only themselves, their jobs, and their paychecks. [highlight]Rep. Tim Walberg went so far as to claim he had voted to end the shutdown and prevent default even though he voted against the bill to reopen government.[/highlight]

A couple months ago we asked the question, “Will Republicans ever leave Neverland?”, writing:

Moderates, independents and self-described tough nerds don’t have real power in the Republican party, people like Dave Agema do, and they maintain it through fear. If someone votes the wrong way a primary challenger will show up overnight, the story goes… and he’ll vote the right way.

Unfortunately, it looks like Peter Pan and the lost boys refuse to grow up. [highlight]What they really need is for the invisible hand to slap some sense into them.[/highlight]

Sick and tired of a small group of ideologically driven officials holding the rest of us hostage? We are, too. Feel free to contact them and let them know what you think.