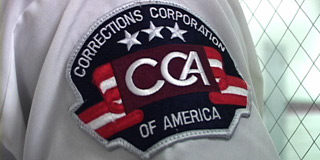 After I told one of my friends — who happens to be a corrections officer at a state prison — about Governor Rick Snyder’s plan to privatize prison food services, his response was short, but spoke volumes.

He sighed and said, “You don’t mess with prisoners’ food.”

Indeed, in the highly-regimented life of a prisoner, consistency is everything. And Aramark, the out-of-state company hired by Snyder to provide food to Michigan’s 45,000 prisoners, has ticked off prisoners and inflated costs to states in the past.

At a Kentucky prison in 2009, Aramark started skimping on the food portions, which ultimately resulted in a riot. The result?  Injuries to both prisoners and guards and caused millions of dollars worth of damage.

That’s not the only foul-up notch that Aramark has under it’s corporate belt.

According to the Detroit Free Press, a 2010 report by the Kentucky Auditor of Public Accounts found Aramark had issues with “food skimping, food safety issues and excessive billings and said Aramark refused to provide requested records related to its food costs, personnel costs and bonuses paid to managers.”

The cost to Michigan to hire a slipshod company like Aramark? Roughly $145 million over the next three years and 370 jobs for state employees.

Even though study after study has shown privatizing services in our prisons, as well as local schools, results in inflated costs and substandard (in some cases dangerous) services, the far-right and their think tanks, like the Mackinac Center, remain undeterred in promoting for-profit companies taking over our state services.

Michigan’s previous forays into fully-privatized corrections systems have not fared well in the past and it’s likely that the contract with Aramark will be no different.

When Geo ran the Michigan Youth Correctional Facility in Baldwin, the legislature’s independent auditor concluded that it ranked as one of Michigan’s most inefficient and costly institutions. It also had far more violent incidents than other maximum-security prisons. Things got so bad that the the state ended the contract in 2005.

The moral to this story? Private companies should not be messing with prisoners’ food and Snyder shouldn’t be selling off our state piece by piece to out-of-state corporations.