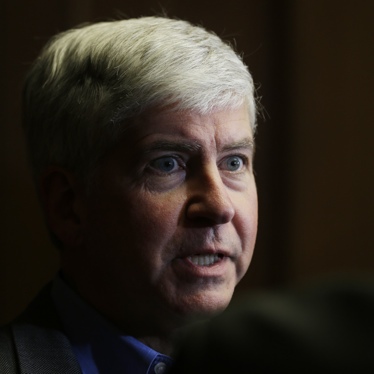 Michigan Gov. Rick Snyder addresses the media in his office in Detroit, Thursday, Feb. 21, 2013. The governor said that he’s at least a week away from deciding if Detroit needs an emergency manager to confront its $327 million budget deficit and $14 billion long-term debt. Snyder told reporters that he considers the city’s drastic population loss over 60 years to be the main reason for its financial woes. (AP Photo/Carlos Osorio)