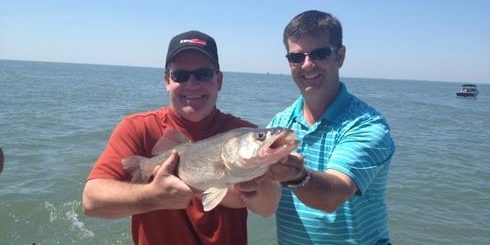 Instead of voting to pass health insurance for nearly half a million low-income families in our state, lawmakers in Lansing made a fast break for vacation.

In an effort to force a vote in the Senate on a bill that’s already passed the state House, the Senate Government and Operations Committee met today (video?) while the state Senate held session – but didn’t take attendance.

Hundreds packed the gallery at today’s Senate session, encouraging Senators to do their jobs:

The tragic part? By pointing fingers instead of working, Republicans have sentenced more than half a million Michigan families to unnecessarily suffer without health insurance. The Medicaid health care expansion would cover low-income families who make less than $15,282 a year.

A rally was held afterwards at the Capitol, with countless people calling on elected officials to do their jobs.

What are they doing instead of working? Senate Majority Leader Randy Richardville held an elaborate fishing fundraiser in June that cost $400 a ticket, and Senator Judy Emmons held a golf fundraiser. 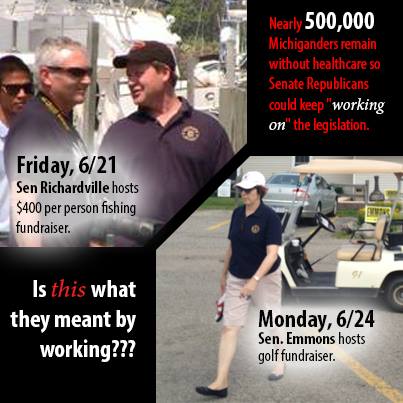 It’s clear our elected leaders aren’t getting the job done and focusing on only one thing: summer fun and their re-election campaigns.

Help us send a message to Lansing politicians that we can’t afford their inaction, and we deserve better. Low-income families in Michigan shouldn’t have to pay the price for ineffectual leadership and far-right ideology.